You are here: Home / Archives for South India Temples 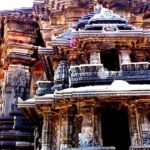 The Chennakesava temple situated in Belur in Chikmagalur, Karnataka is home to the Hoysala temples from the 11th and 13th century. This temple was built by the Hoysalas during their 300 years rule in Karnataka and took over 102 years to get completed. When you step inside the temple, you meet beautifully carved sculptures and monuments which show the best of Hoysala temple … END_OF_DOCUMENT_TOKEN_TO_BE_REPLACED 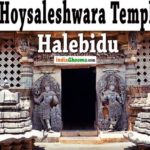 Halebidu was the first capital of the Hoysalas who ruled Karnataka in the 12th century. Being 40 kms from Chikmagalur, Hoysaleshwara temple is made from ornately carved soapstone structures which are magnificent in their architecture. Halebidu - Hoysaleshwara Temple The temple architecture has rows or tiers of carvings; one such carving shows men going to work with chisels or … END_OF_DOCUMENT_TOKEN_TO_BE_REPLACED 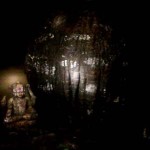 On our most recent 6 days trip to Dandeli, we decided to visit the astonishing Kavla Caves located in the heart of Dandeli Wildlife Sanctuary. Kavla Caves is known for a naturally formed ShivaLing formed from the deposits of Limestone and we just cudn't wait to explore this gem of a location. WATCH THE VIDEO: https://www.youtube.com/watch?v=akaOktgqAWw   We started … END_OF_DOCUMENT_TOKEN_TO_BE_REPLACED 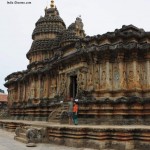 If you've seen my last video, then you know that I recently took a trip to the jungle and had a fabulous time. My adventures didn't stop there. After the jungle holiday, hubby and I decided to continue exploring Karnataka by making a trip to Chikmagalur – known for its multiple hill stations and more than that, its coffee. Although I love a good cup of java, I was more … END_OF_DOCUMENT_TOKEN_TO_BE_REPLACED

Although we’re not hardcore advocates of Valentine’s Day, hubby and I use February 14 as an excuse to take a break from our lives and head outdoors. We’d always wanted to take a closer look at the Himavad Gopalaswamy Temple that we’d heard so much about. The idea was even more inviting as we wanted to go to the Ranganthittu Bird Sanctuary which was relatively nearby. Himavad … END_OF_DOCUMENT_TOKEN_TO_BE_REPLACED 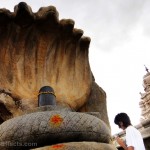 Located in the southern Andhra District of Anantpur, the Lepakshi Temple lies on a minor detour from the Hyderabad- Bangalore road and can be easily accessed from both sides. The Lapakhsi Temple collocated with the Veerbhadra Temple is a glorious example of the Vijayanagar style of temple architecture.  Built on built on a low, rocky hill called Kurmasailam, which means … END_OF_DOCUMENT_TOKEN_TO_BE_REPLACED 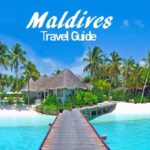