Halebidu was the first capital of the Hoysalas who ruled Karnataka in the 12th century. Being 40 kms from Chikmagalur, Hoysaleshwara temple is made from ornately carved soapstone structures which are magnificent in their architecture. 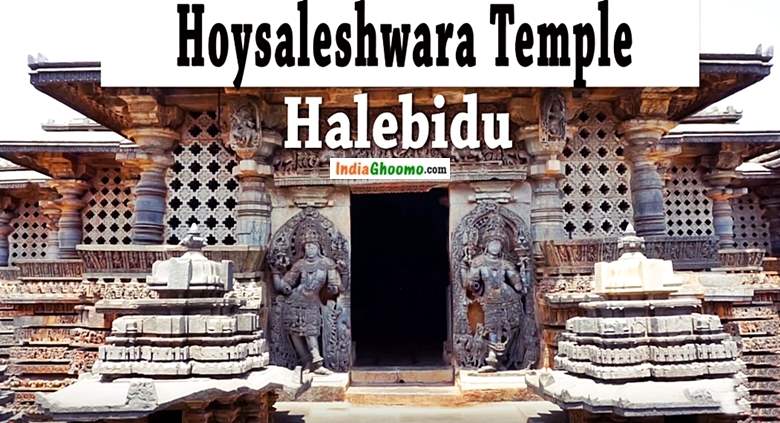 The temple architecture has rows or tiers of carvings; one such carving shows men going to work with chisels or sickles in hand. Situated in the Hasan district of Karnataka, Halebidu was looted and ransacked twice by Muslim invaders named Malik Qafur and Mohammed bin tughlaq in the early 14th century after which it fell into disrepair and neglect. From then on, the Hoysalas changed their capital from Halebidu or Dwar Samudra as it was previously called to Belur. Halebidu is home to the best architectures of Hoysala namely, the Hoysaleshwara temple and the Kedareshwara temples which are the chief temples at Halebidu.

The ruler of Halebidu back in the 12th century was Vishnuvardhan Hoysala. He created the largest temple during his rule and named it Hoysaleshwara and dedicated it to Lord Shiva.

The tiers on the outside of the Hoysaleshwara temple are chiseled with ornate soapstone architecture of charging elephants for pomp and show of strength and stability. Another row is carved with lions for courage, horses for speed and hansas or swans for beauty.

As the temple is dedicated to Lord Shiva, there are many carvings of him in and around the temple. One such carving is of Lord Shiva dancing, it is famously called the Nataraj. Then there is Shiv Parvati sitting together and also the Hindu God Vishnu. Vishnu is depicted lifting a big mountain in his Krishna avatar. He is also depicted tearing the breast of beast King and as a Vamana.

When you go inside the Hoysaleshwara temple, the architecture is even more beautiful. The pillars are carved and glistening as they are made with soapstone. Then there are pillars that are partially carved because the carvings could not be completed. The reason is the Muslim invasion. The marvelous ceilings are also filled with beautiful carvings of the temple which competes with the architecture on the walls. The Shivling is east facing and is decorated with chandan or sandalwood. There is also a huge Nandi, the buffalo mantap outside the temple.

In total, this temple makes it to the list of must place to visit at Chikmagalur, Karnataka.

Temple Timings– 9am to 6pm.

Note: Please hire a guide so that you get all the valuable information of the temple.