Although we’re not hardcore advocates of Valentine’s Day, hubby and I use February 14 as an excuse to take a break from our lives and head outdoors. We’d always wanted to take a closer look at the Himavad Gopalaswamy Temple that we’d heard so much about. The idea was even more inviting as we wanted to go to the Ranganthittu Bird Sanctuary which was relatively nearby.

We decided to club both destinations on the same day. We woke with the birds on Valentine’s Day 2014 and by 6 am we were on the road. 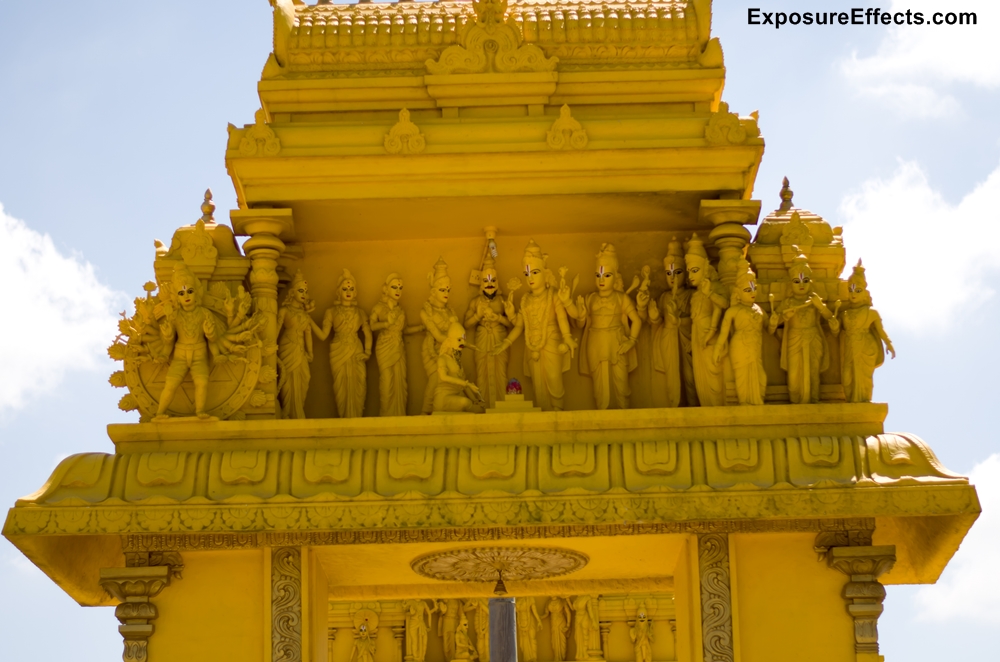 Our first stop was the Ranganthittu Bird Sanctuary which is about 140 km from Bangalore along the banks of the river Kaveri. It is one of the most important sanctuaries in the country frequented by lakhs of people every year. We arrived there at 8:30 and spent a couple of hours oohing and aahing at the variety of birds that has its home there.

Drive to the Temple

The Himavad Gopalaswamy Temple was our next stop, only 90 km away from the sanctuary, but since we weren’t sure quite how good or bad the roads would be we thought we’d play it safe and set out for it at around 11. We got to our destination at 1 pm, but I gotta tell you the drive was just as fascinating, if not more so, than the Temple itself. 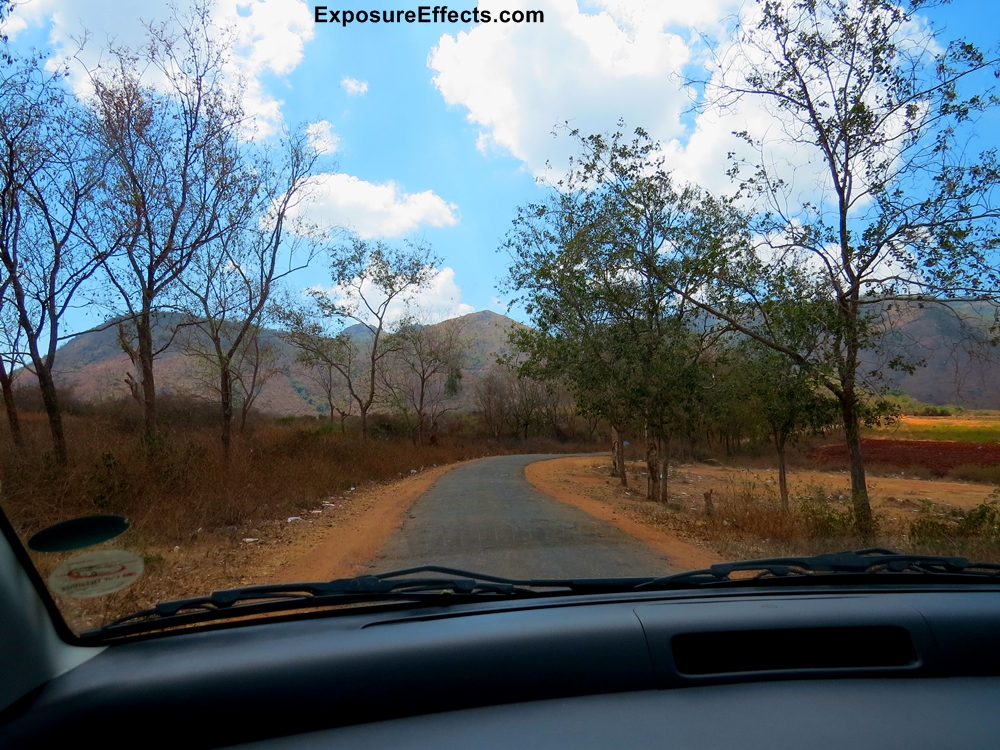 Trees lined both sides of the road, the latter pothole-free and clean the entire way. There was plenty of many-hued greenery to satisfy any nature-lover’s soul. The hills were ever-present in the distance and made a rugged picture against a glorious backdrop of sky. And what a day we picked to travel! Although skies in February are generally quite clear, cyclone warnings had brought in the clouds to many coastal areas. So we had puffy, cotton ball clouds filtering in the sun, making the drive quite comfortable and pleasant even though the sun was at its peak. 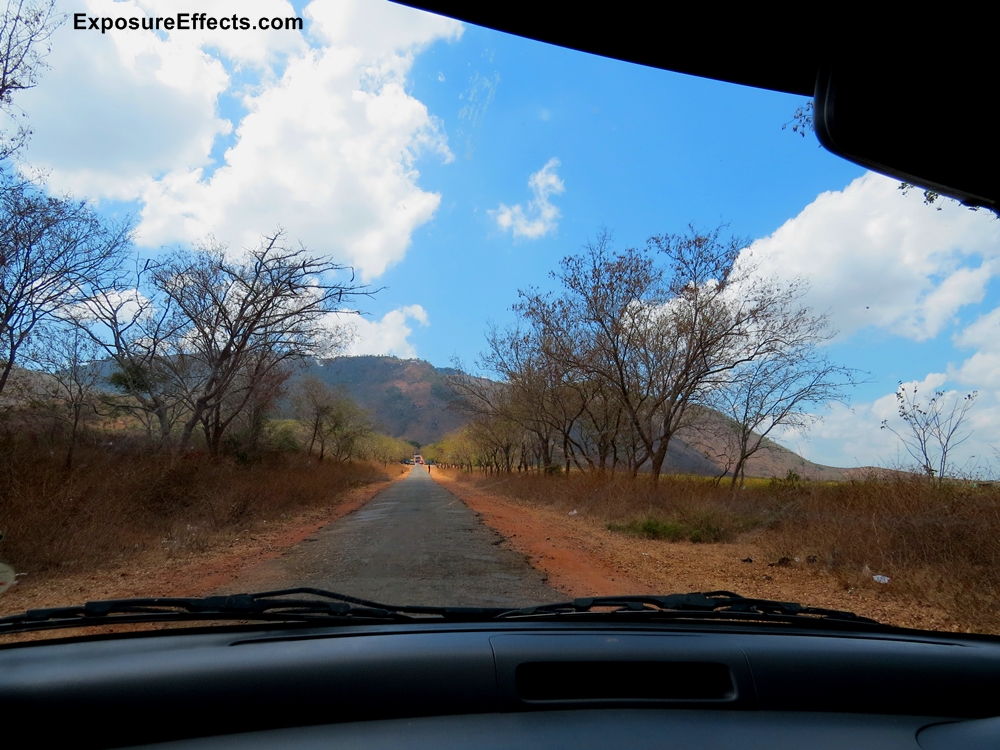 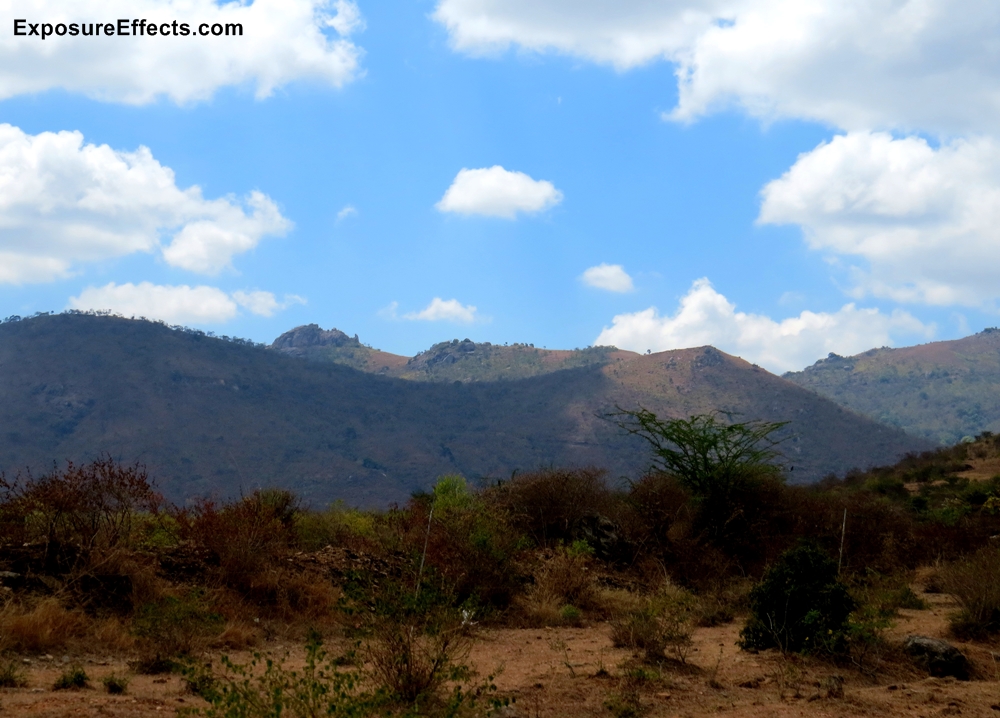 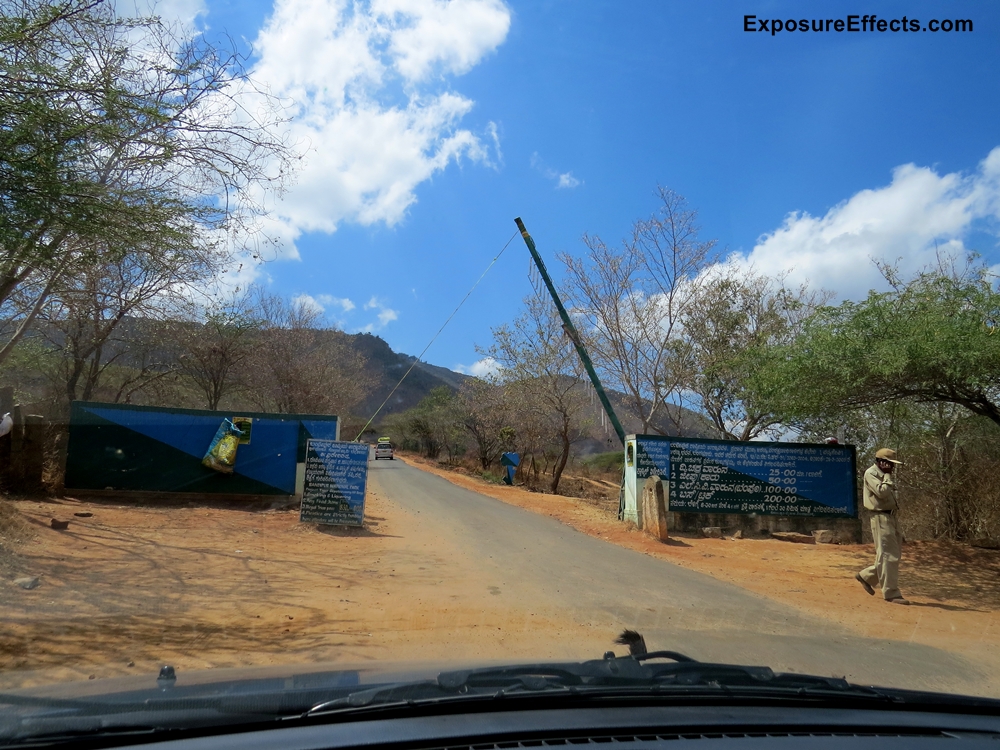 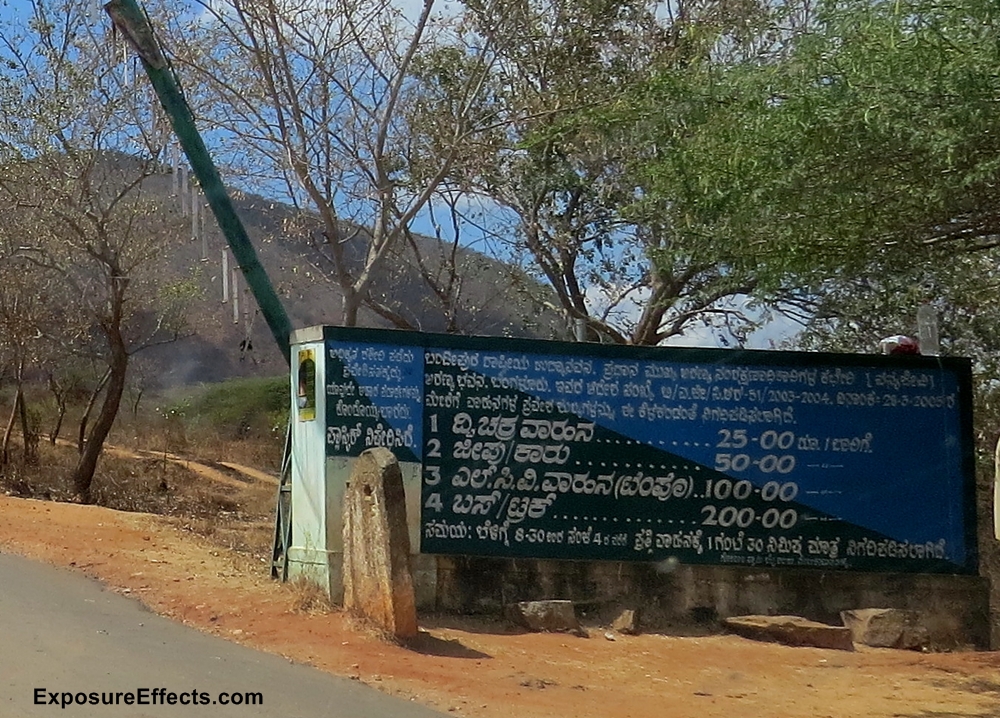 We were stopped at a check-point run by the Forest Department as the hill is a restricted area. We paid Rs 50/- to allow our car to pass through and proceeded with a warning from the officials to return in exactly 90 minutes. Staying there beyond that point would incur a fine. We thought this a pretty good rule and immediately started imagining what it would be like if ALL touristy spots enforced it!

The last 5 km took us up a hill and the view as we ascended was even more enthralling than the road had been thanks to the Bandipur forest that surrounds the hill. The vistas of natural beauty transport you to a different time and space. A fitting entrance to the Temple, we thought. 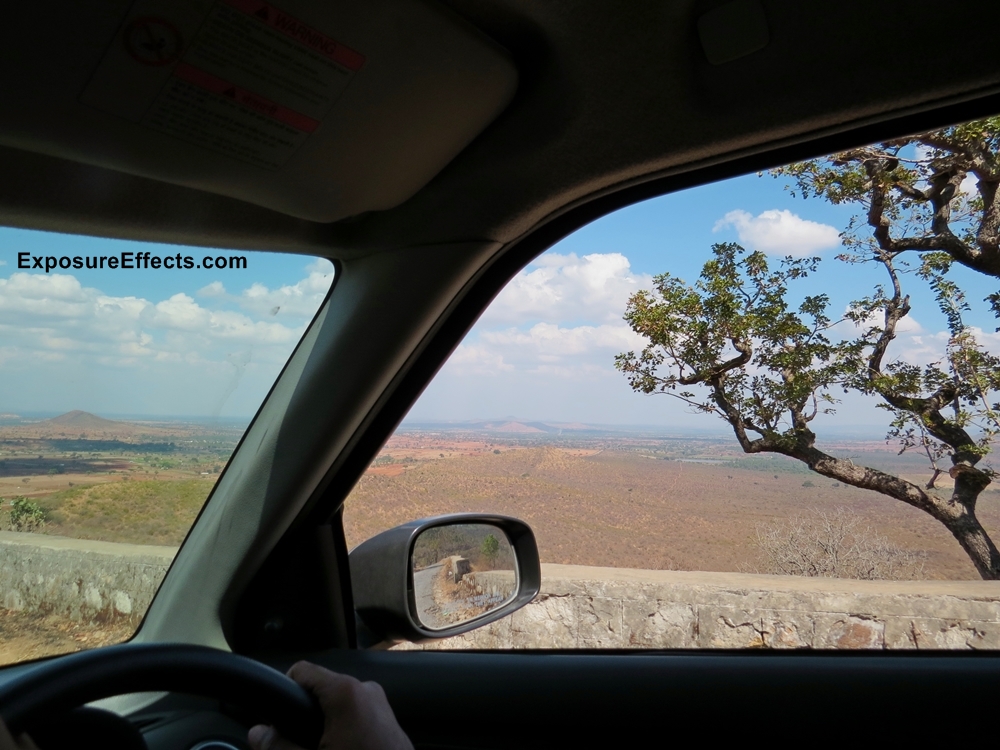 Driving on the Hills at Himavad Gopalaswamy Hills Temple 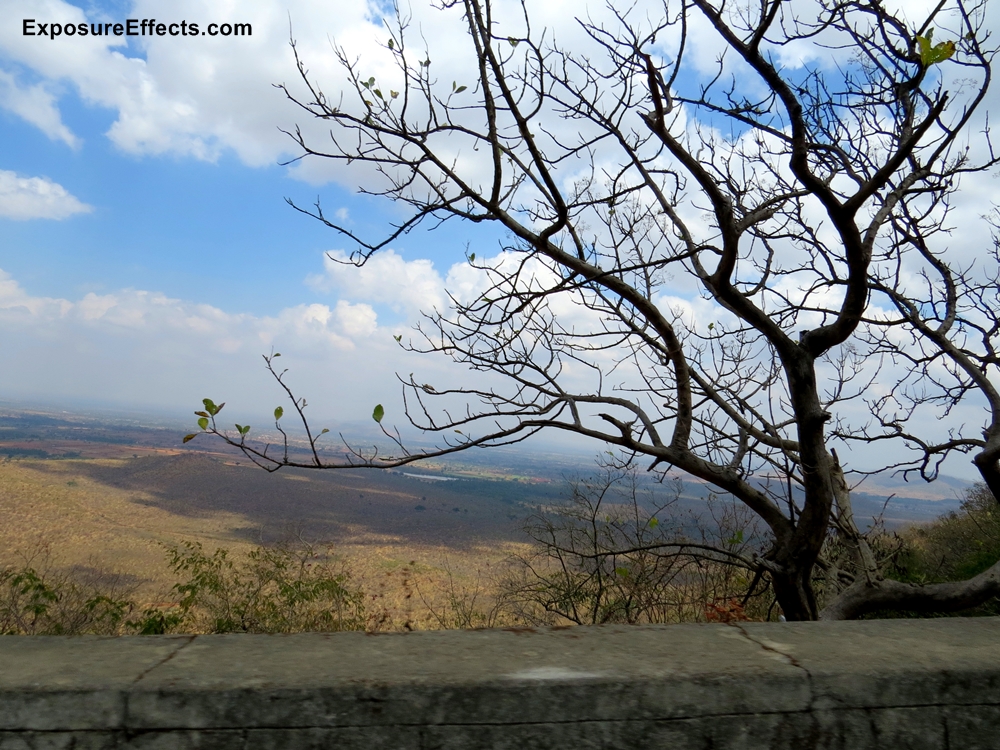 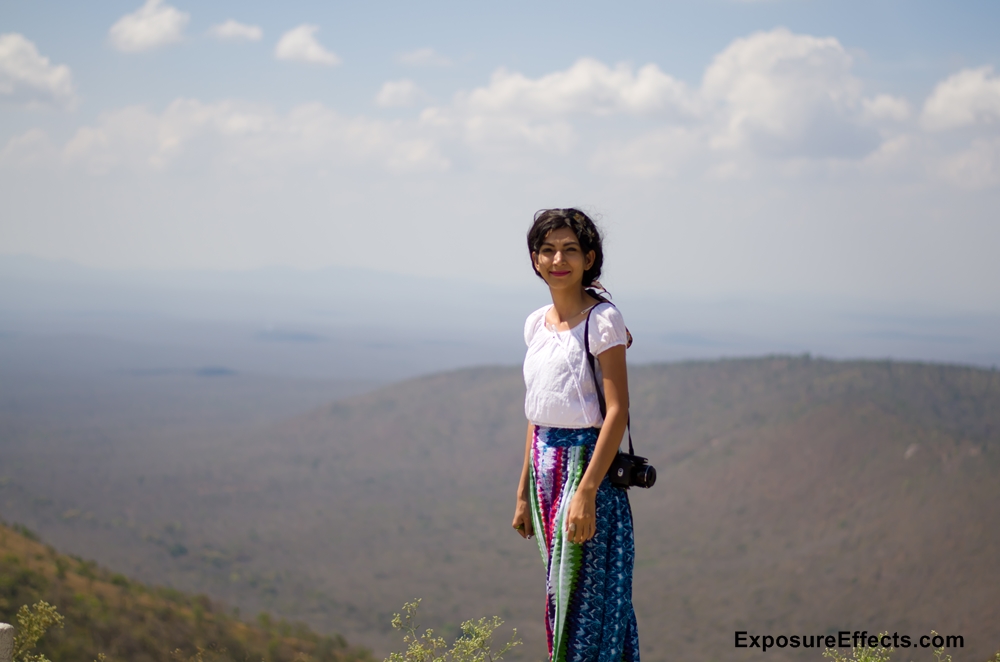 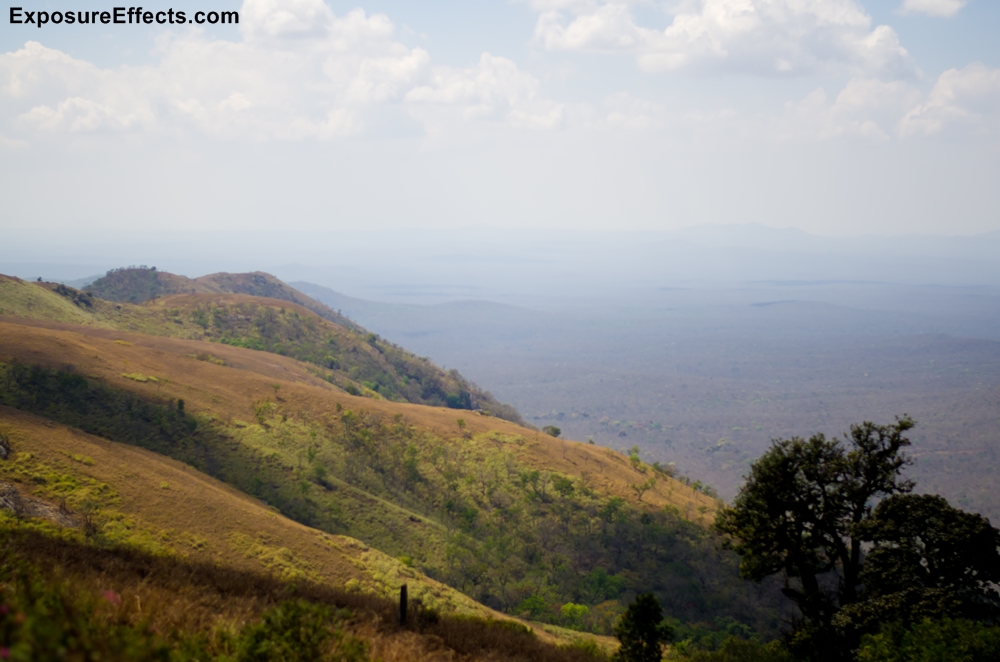 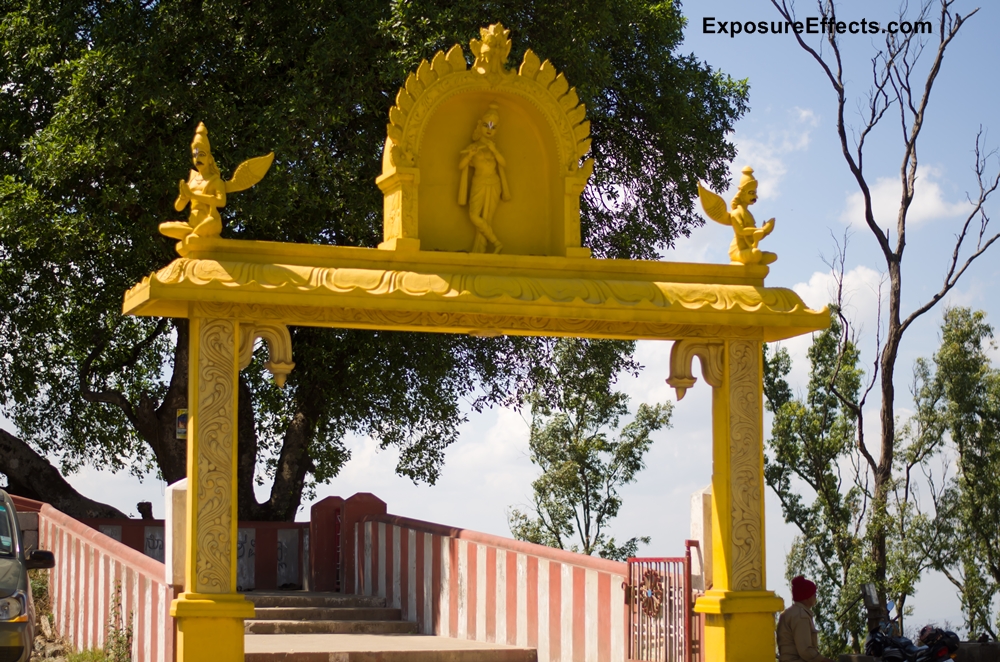 The Temple was built way back in 1315 AD by King Ballala for Lord Krishna (Gopalaswamy is just one of Krishna’s many names).The inner sanctum of the Temple has a sculpture of Krishna playing his flute.

Today, the Temple is a bright yellow that is starkly obvious from afar. A walk up a short flight of steps leads to the Temple’s outer yard and the Temple itself.

Like all holy places, there is legend behind this Temple too. The story goes that the great sage Agastya meditated and did penance at this location. It pleased Lord Vishnu so much that he said he would make his home there, thus permanently blessing the place and ensuring that generations would come to pay their respects.

The ancient vibe of the Temple has survived the modern world and if it wasn’t for the cameras and cell phones in our hands we could easily have forgotten which century we were in.

We would have loved to stay much longer than allowed but the time factor forced us to make our way back only after one hour of arriving so that we made the deadline at the checkpoint. 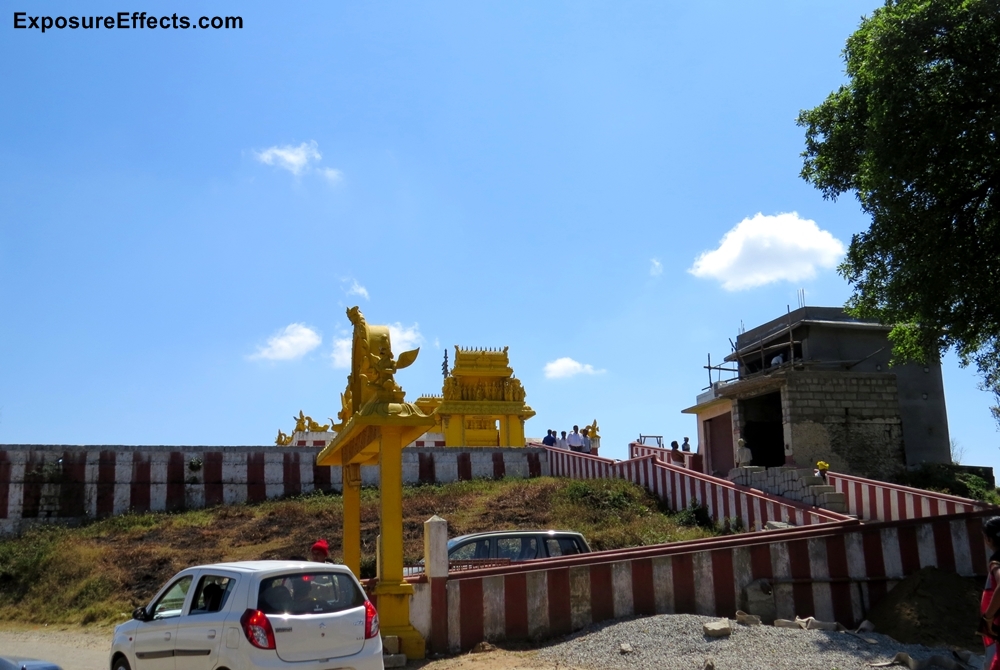 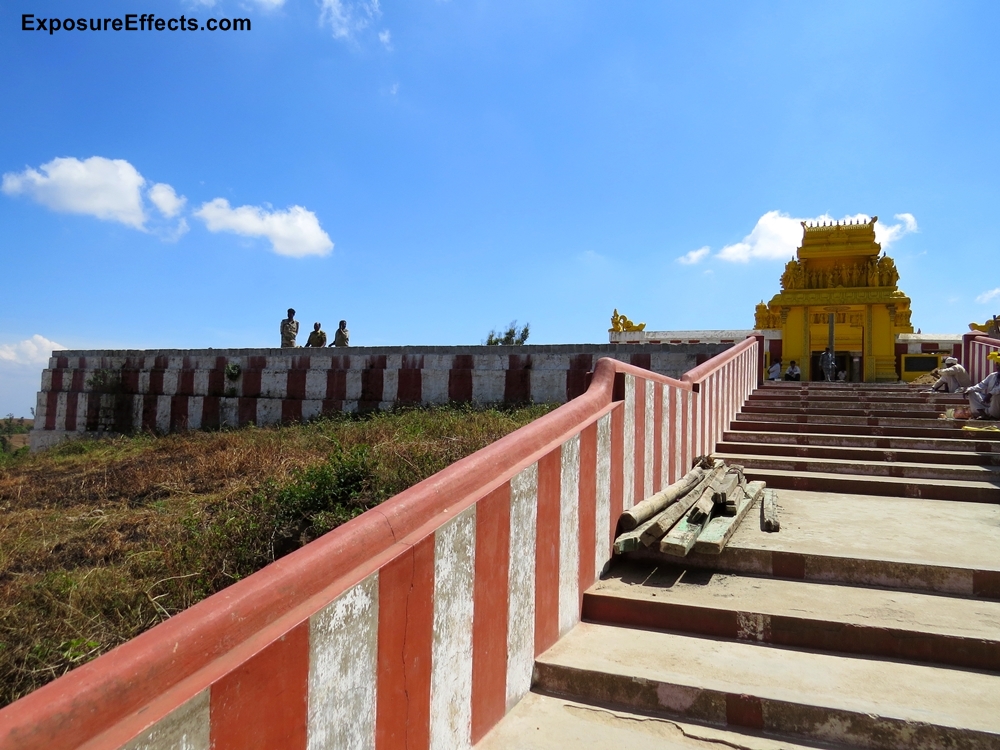 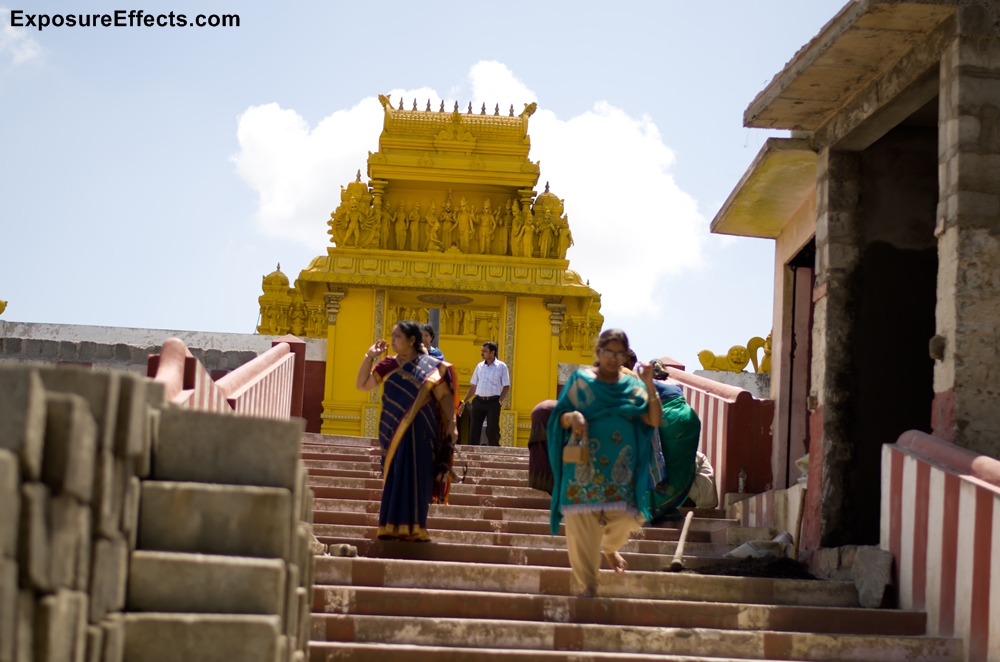 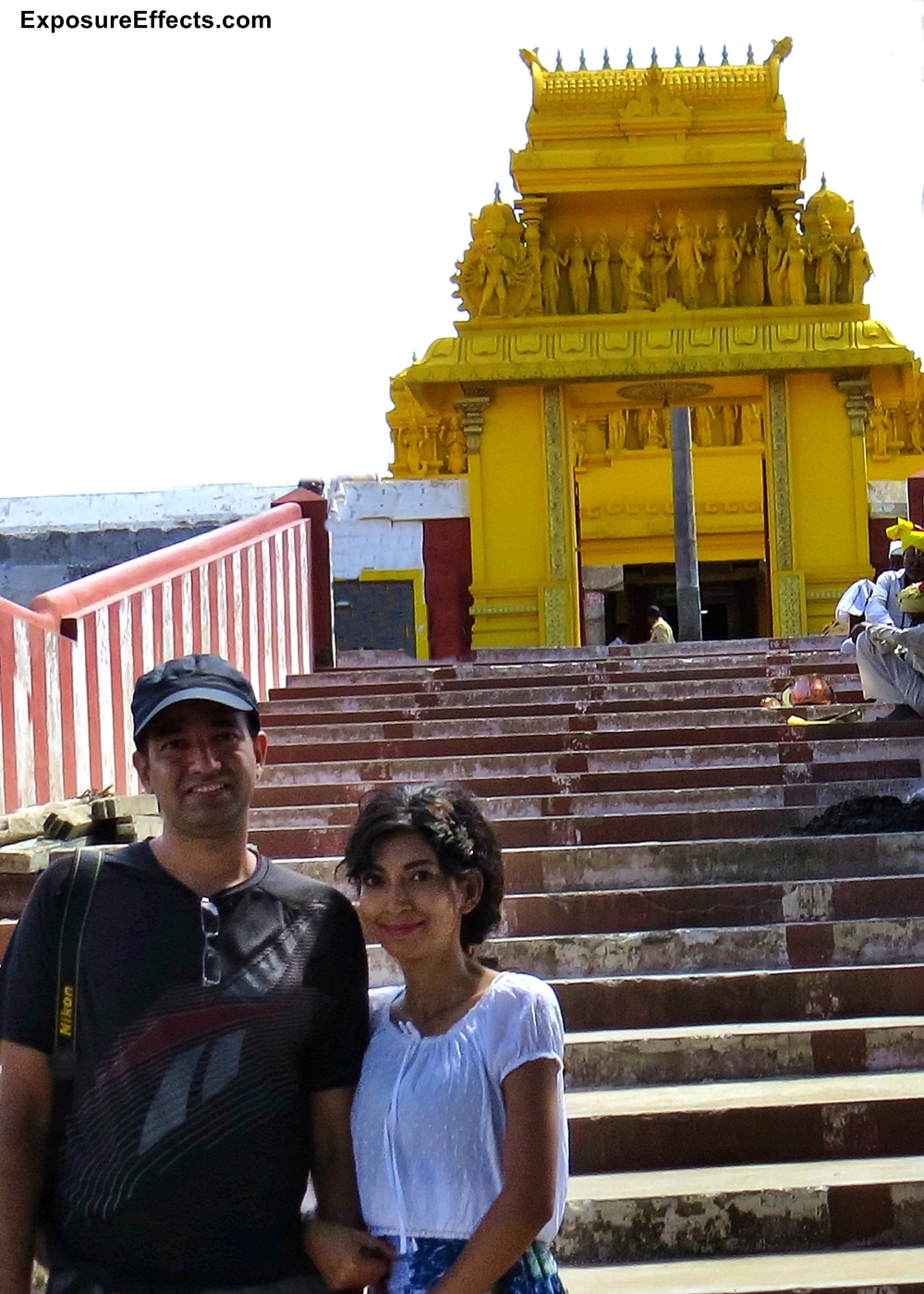 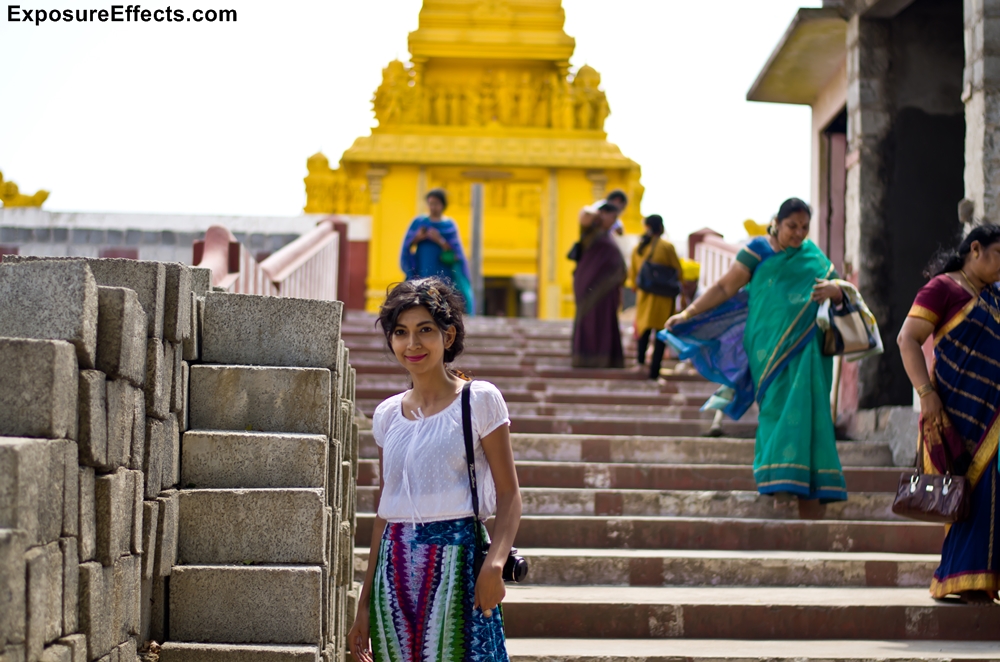 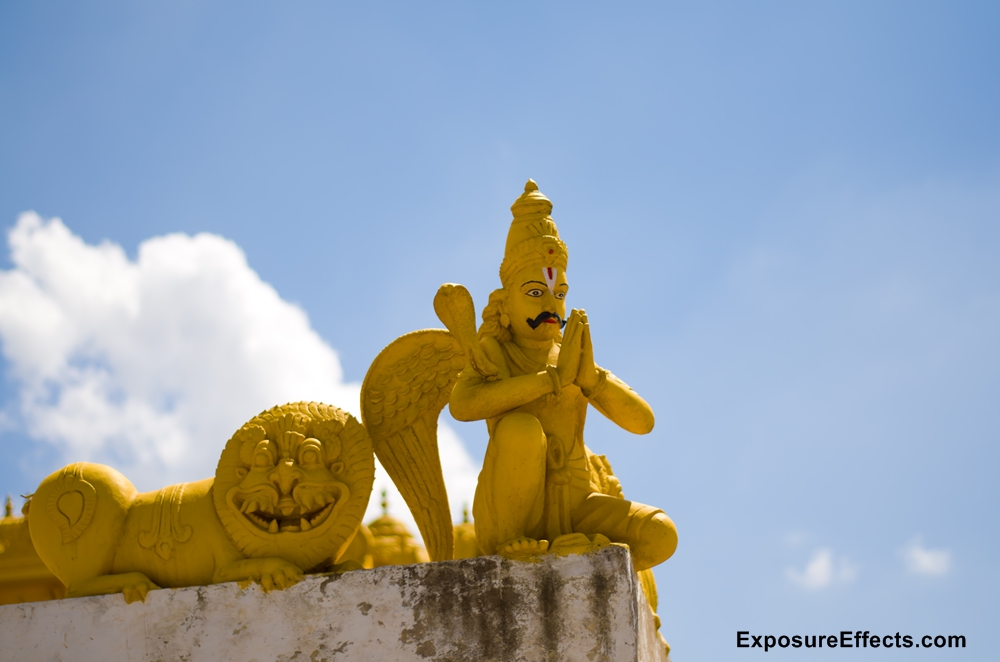 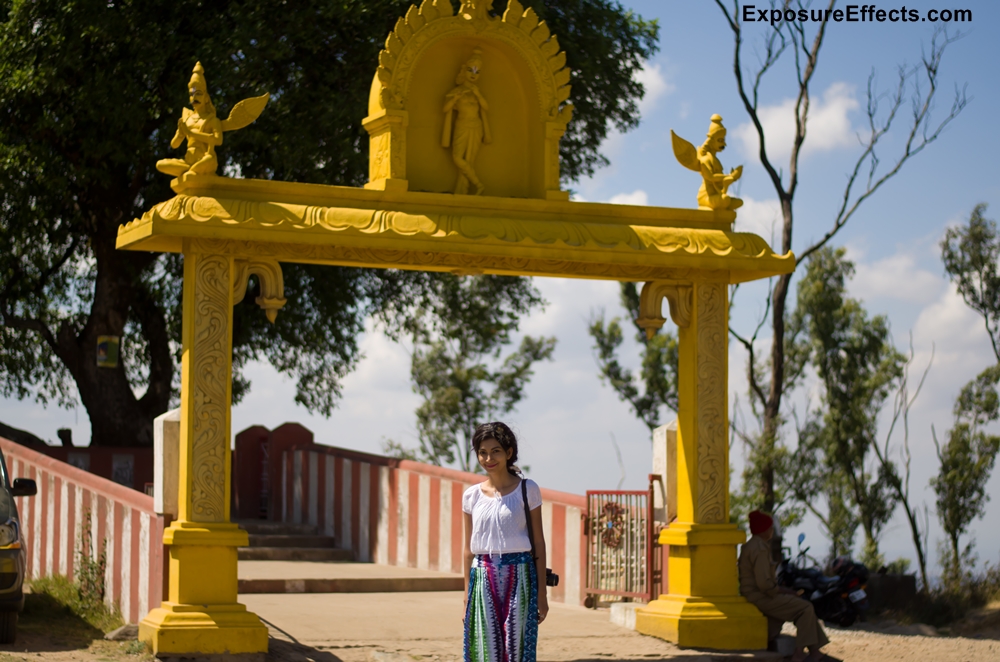