You are here: Home / Caves / Kavala Caves in Dandeli

On our most recent 6 days trip to Dandeli, we decided to visit the astonishing Kavla Caves located in the heart of Dandeli Wildlife Sanctuary. Kavla Caves is known for a naturally formed ShivaLing formed from the deposits of Limestone and we just cudn’t wait to explore this gem of a location.

We started early at 4:30 am from The Hornbill Riverside Resort, where we were staying. towards The Kulgi Nature Camp. After collecting the permit from the forest department we headed towards the entry point for the Sanctuary – which is around 8-9 km from the office.

We hopped into the jeep provided by the forest department along with a guide and made our way into the Sanctuary. 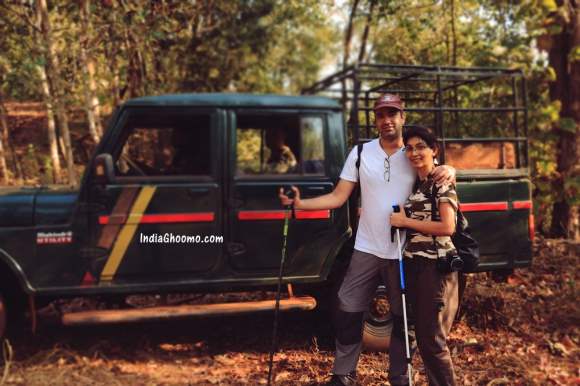 India Ghoomo was at Kavala Caves

The jeep took us 4 kms inside the sanctuary and there came a point beyond which vehicles were not allowed. From there we walked for 4 kms. On the way we were lucky enough to spot wild bore, deers & a variety of birds. To reach the caves, we had to further climb down 540 steps.

The cave is over 40 feet in depth with a narrow passage and one needs to crawl inside. There are lights and bulbs inside, but are lit only during the Shivaratri festival, when the caves witness thousands of people. For the other days, one has to carry flash lights. 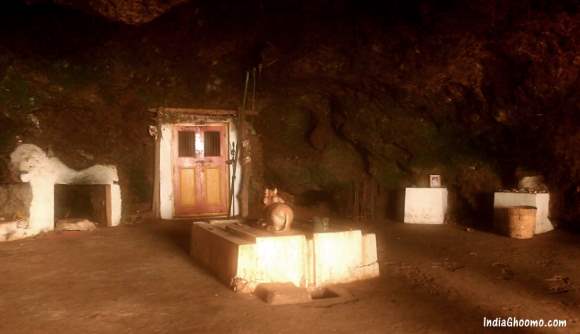 After crawling half the way inside the cave, we finally saw the the naturally formed ShivaLinga which is around 4 feet in height and roughly 3-4 feet in diameter . The texture of the Shiva Linga surface resembles Rudraksh beads. 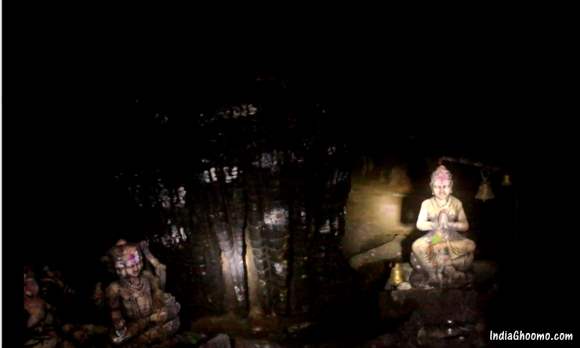 Shivling at Kavala Caves in Dandeli 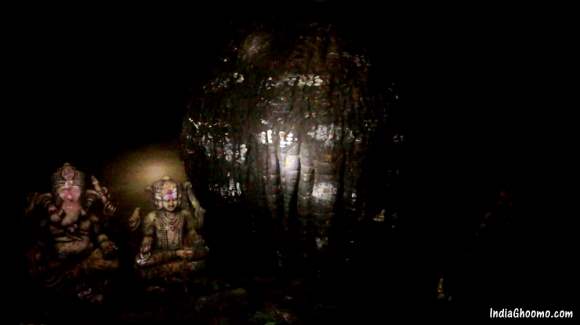 Shivling inside Kavala Caves in Dandeli 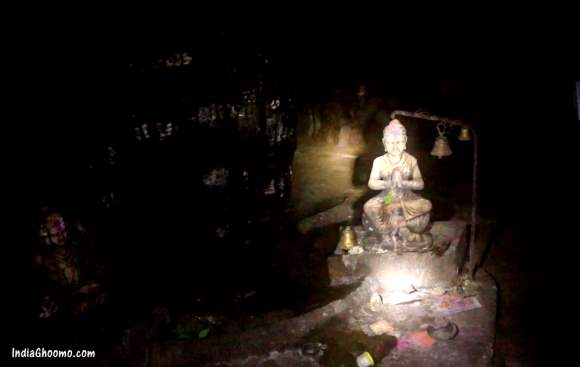 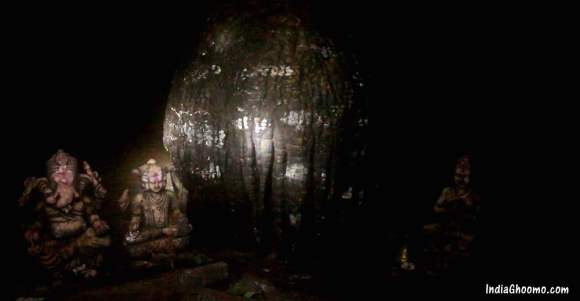 There is an udder shaped stone formation just above the Shiva Linga from which water trickles all the time. After having the darshan and meditating for some time, we came out through the other half way. It is believed that these caves have been in existence since the prehistoric times. 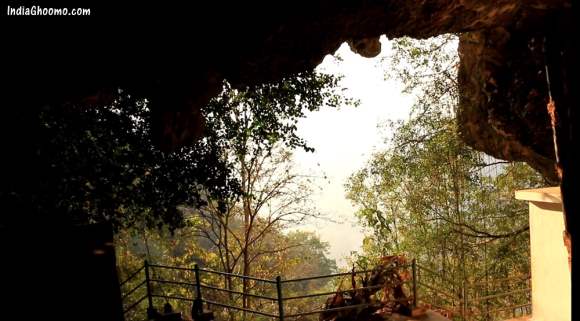 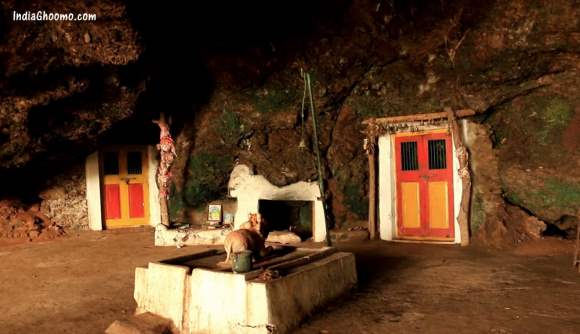 We spent some time outside the caves soaking in the scenic view. There was a lot of steps climbing and walking ahead of us, so we we decided to have some sandwiches & water that we carried with us and then made our way back to the camp.

You will love it. The naturally formed ShivaLing is a miracle of nature and should not be missed.