The Malabar Pied Hornbill has mainly black plumage with a white belly and a small throat patch. White feathers trail the edge of the black wings and tip the sides of the tail. The bird’s most striking feature is its large yellow bill with a thick yellow casque, a patch of black on the upper mandible.

Interesting fact: The hornbill casque is light and hollow; this enables the bird’s calls to resonate far and wide through their jungle habitat.

The male and female appear alike, except for one distinct feature. The female has a striking white orbital coloration around the eyes. The males lack this feature; instead they have dark blueberry shade. The females tend to be slightly smaller than the male.

These birds are often spotted enjoying dust baths on the open ground. This helps them maintain their feathers in good condition. 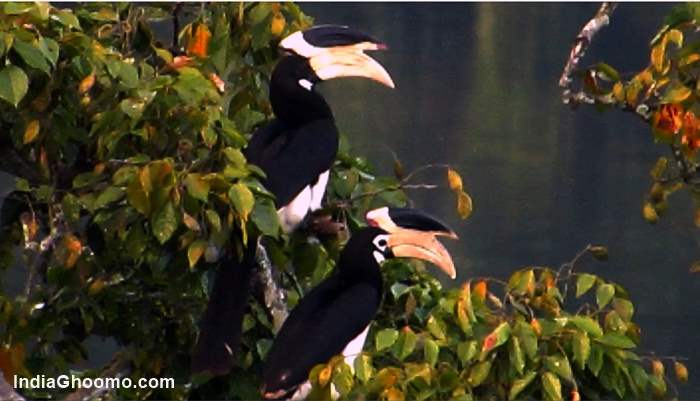 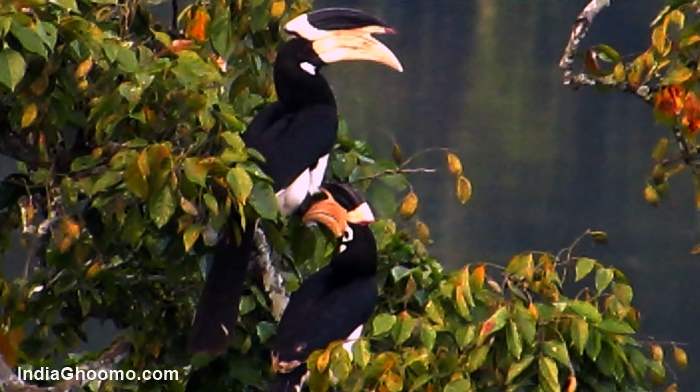 Their breeding season is from January to April and they tend to display a rather unusual behaviour. At the time of laying eggs, both the male and female search for a nesting place (tree) together. The female then enters the nest and starts sealing it with mud and fruit pulp, leaving a narrow opening, large enough only for its beak to go through.

The female will lay about 2-3 eggs, meanwhile shedding all its feathers to make a cushion for its young ones. For about 40 days, the female is walled up inside the nest while the male scavenges food for itself, for the female and its chicks, feeding them through the narrow opening. As for its diet, these birds aren’t really picky eaters. They’ll eat anything from fruits, insects, fish and other small animals.

What happens when the chicks grow too big to fit in the nest? The mother bird breaks out and rebuilds the wall. She will now join the male bird in hunting for food and feeding its young ones, until they are strong enough to take flight.

So that was a small introduction to the beautiful Malabar Pied hornbills, hope you found it information. Do check out the video clip and if you enjoyed it, don’t forget to give a ‘thumbs up’. 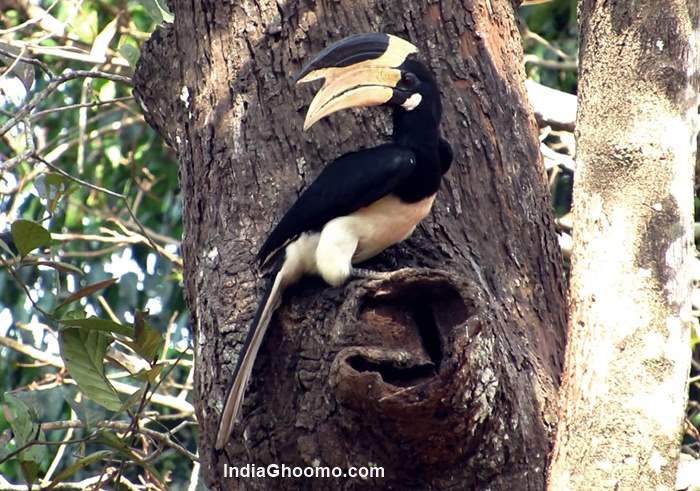 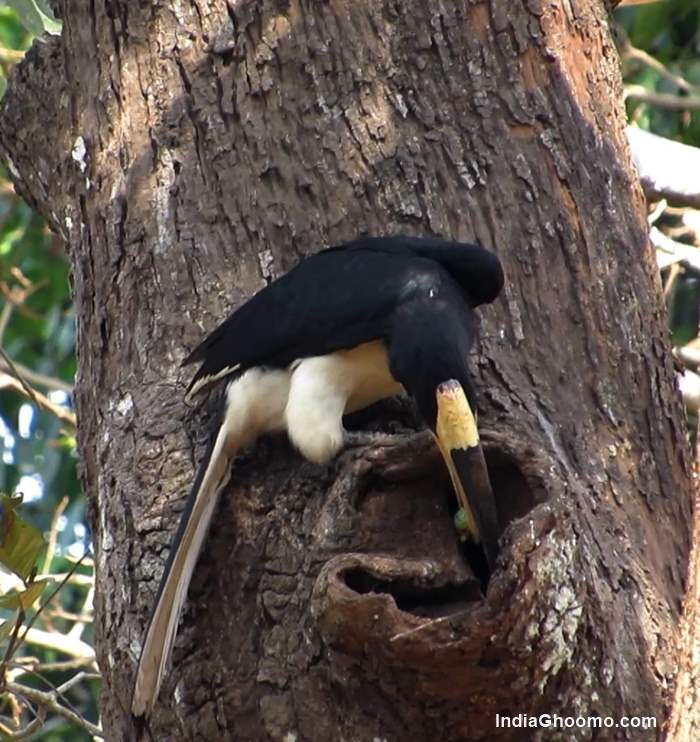 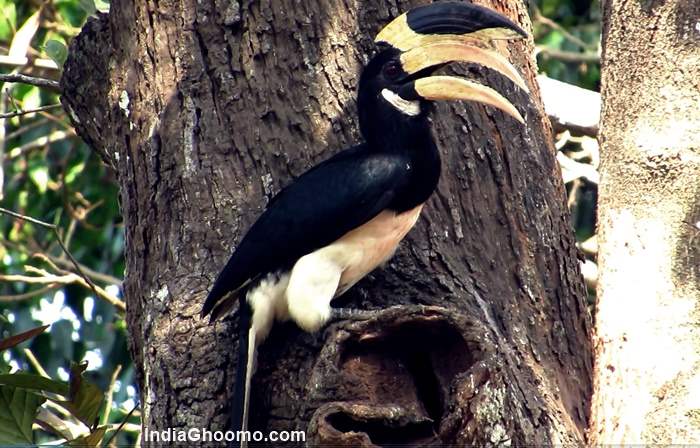 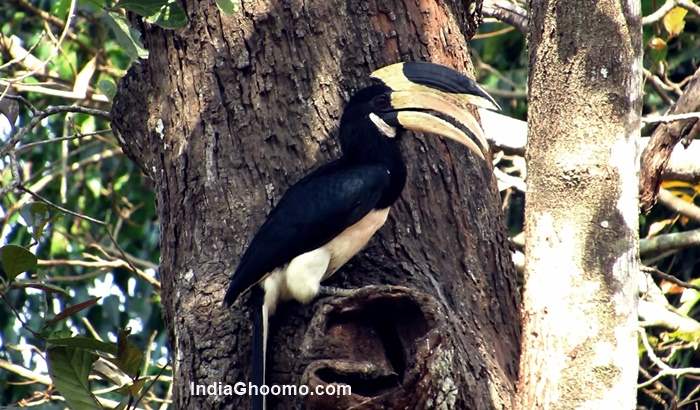 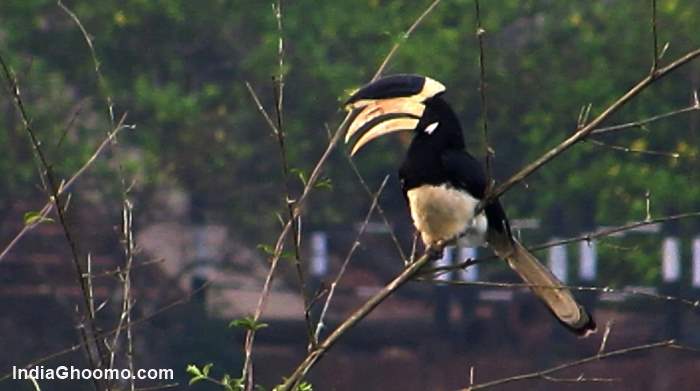