You are here: Home / Landscapes / Lamayaru: The Moonland of Ladakh

Loacted 15 Km east of the famous Fotu La pass on the Leh-Srinagar highway, Lamayaru is popularly known as moonland by the local due to its peculiar land surface which closely resembles the surface seen on moon. The mystique of the Lamayaru monastery located here is unmatched by any other in the entire Ladakh region. The clear blue skies meet the rugged horizon of broken mud cliffs creating an atmosphere of lunar surface which has a powerful impact on the first time viewer’s psyche. 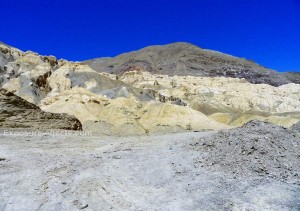 The monastery at Lamayaru is considered one of the oldest Gompas of Ladakh and houses more than 400 Buddhist monks even today who are undergoing training to take up responsibilities in monasteries across the globe. Legend has it that originally the valley was a huge lake which was dried up by the 10th century Buddhist scholar Mahasiddhacarya Naropa to create a perfect learning center for monks. It is also believed that the area will once again be flooded in the future when the time ordained for it arrives as per Buddhist scriptures. Some mythological accounts even believe that the great sage Arhat Nyimagong cracked open the banks of the original lake using his super natural powers and predicted that a monastery will spring from the valley bottom to eventually become one of the most important centers of Buddhist learning in the region. MUST WATCH  LAMAYURU VIDEO – The monastery is located on a sediment rock hill cliff and appears to be precariously balance by some strange mystical power unknown to human beings. Adjacent to the cliff is a deep gorge where the Lamayaru rivers meanders like a snake through the valley. The village is located below the monastery close to the river. The green fileds around the village and the stream called Drogpo which flows through the fields is a refreshing change from the otherwise out of the world environment around Lamayaru. As one approaches close to the place the golden yellow formations on the granite hills can be seen from far making it apparent as to why the place is so called. This peculiar surface condition is caused due to erosion of lakebed deposits of a glacial lake which existed at the place. The yellow color of the land here is distinct in its appearance providing the feeling being on some other planet. The access to moonland from Leh is through the Fotu La pass. ‘La’ in local language is a low land in a mountain range which was used by ancient travelers to cross over hence quite similar to the word pass in its implications. Located at about 14000 fett above mean sea level the pass has coiled roads leading up to it from both sides. This difficult and rugged road is maintained by the Border Roads Organization of the Defense Ministry round the year. The altitude of more than 13500 feet, the chill ib the breeze and brazen landscape filled with broken ground akin to lunar surface all present one of the most mesmerizing sights that Ladakh has to offer for tourists.