The highlight of our trip to the Ranganathittu Bird Sanctuary was, I’m sure its obvious, the birds we sighted there. A boat ride across the lake afforded us views of hundreds of species of birds, many of which we could not even identify. Here are a few that we could name and get good pictures of. All these birds like living by the water and will rarely be seen in cityscapes. 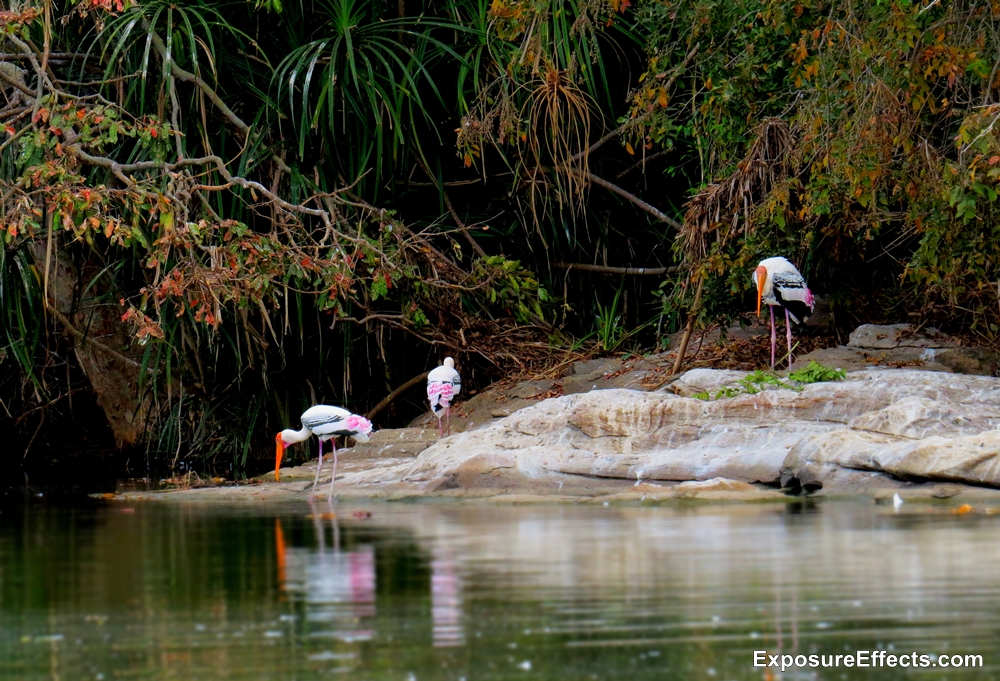 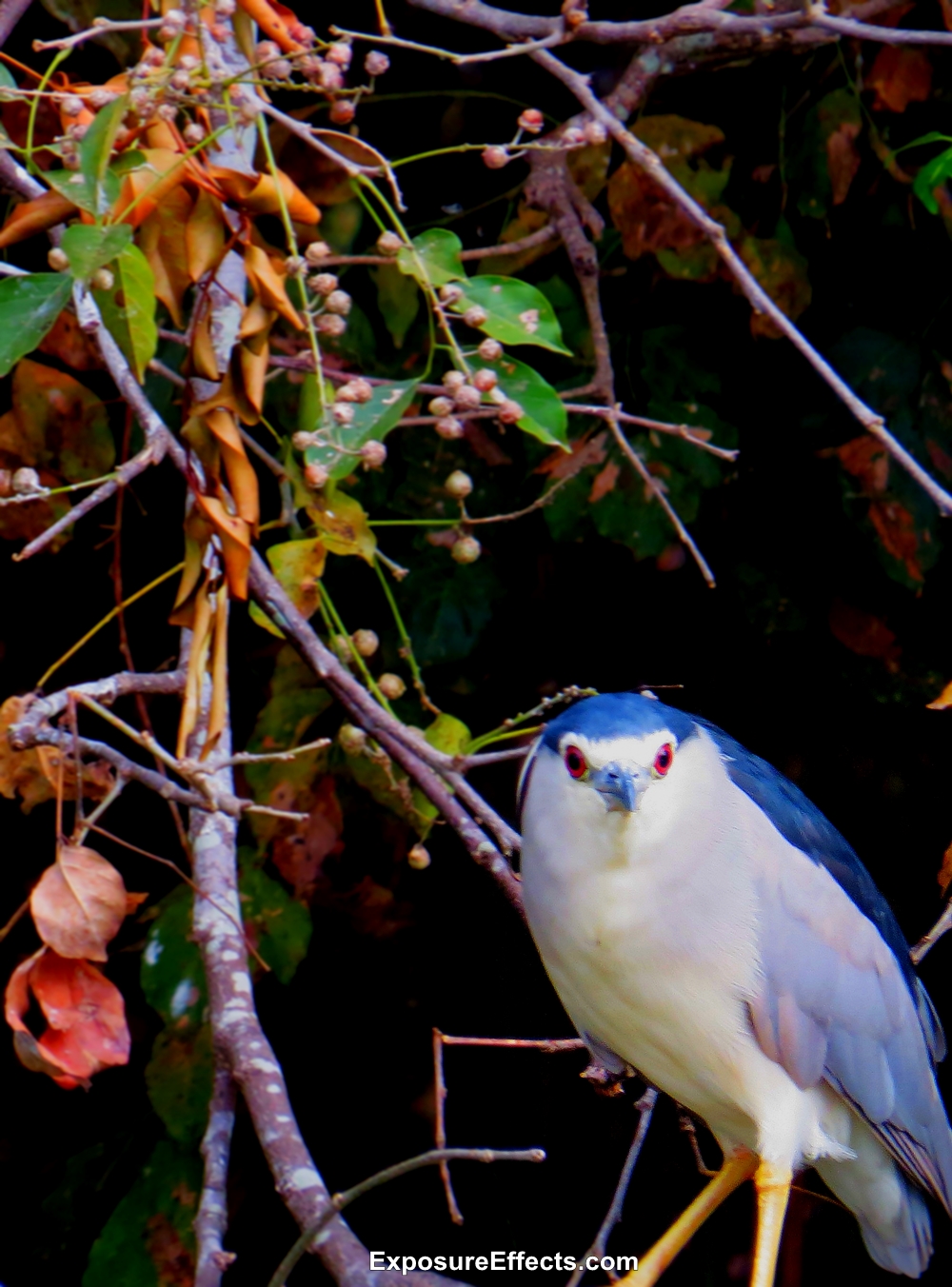 The painted stork is a visually aesthetic bird. Its head and beak are orange, its body is patterned in monochrome, and its tail feathers feature a dusting of pink, the color replicated on their long, skinny legs. It’s a pretty life-affirming bird to look at. And a dramatic one too. The young of the painted stork will, if facing a predator, vomit out food and fall to the ground as if dead, thus fooling the predator and putting it off eating for awhile too! 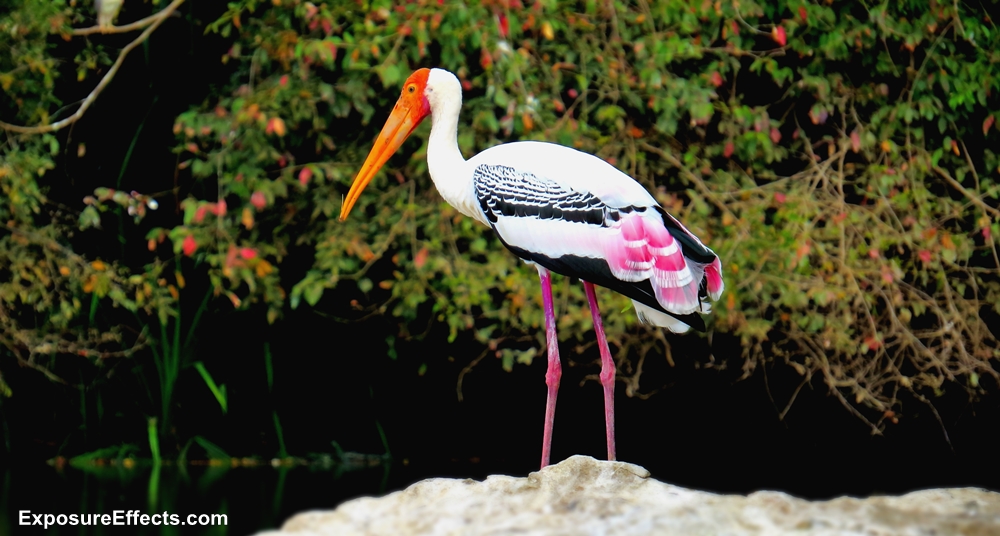 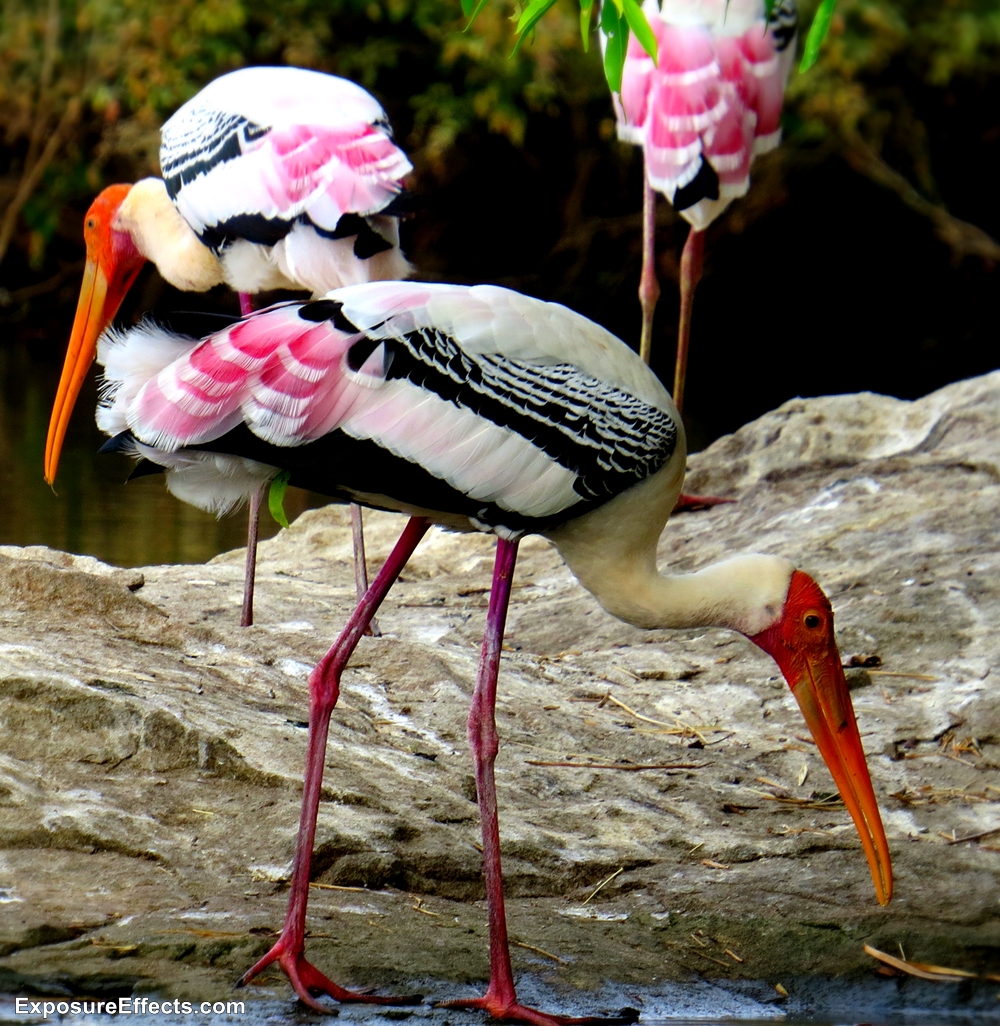 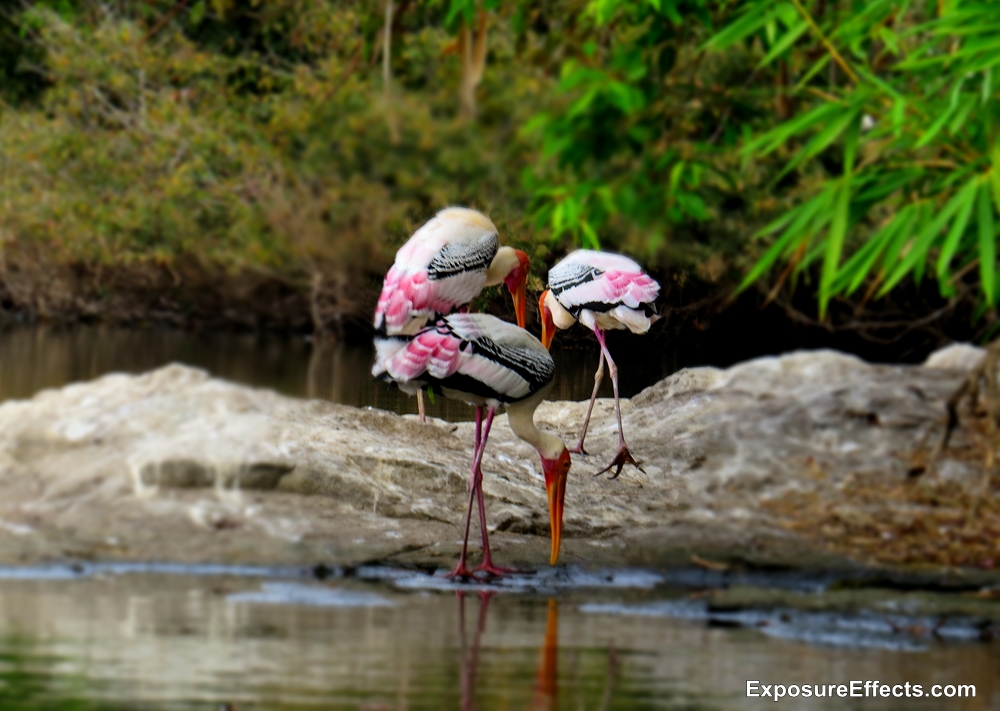 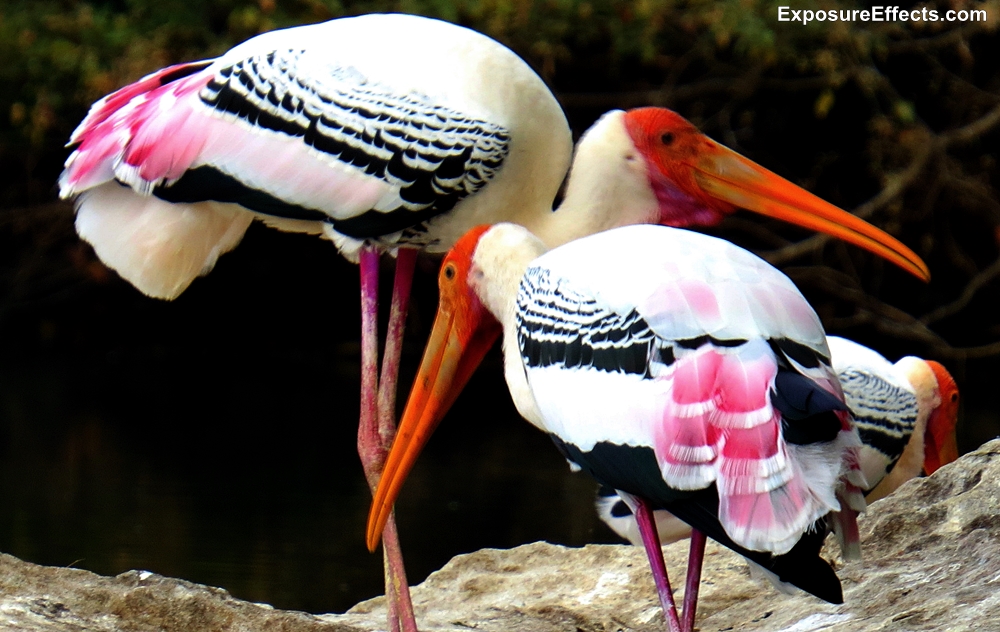 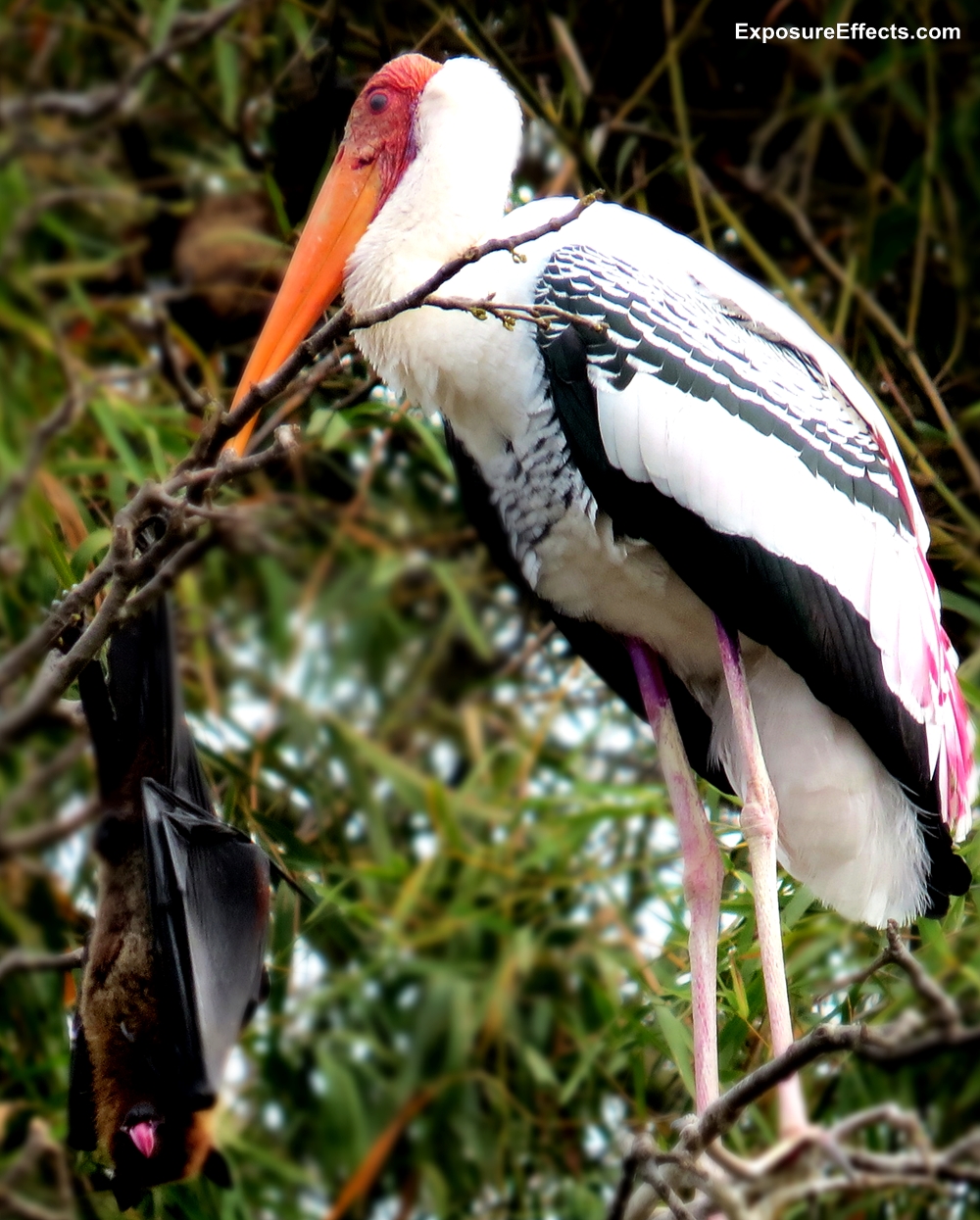 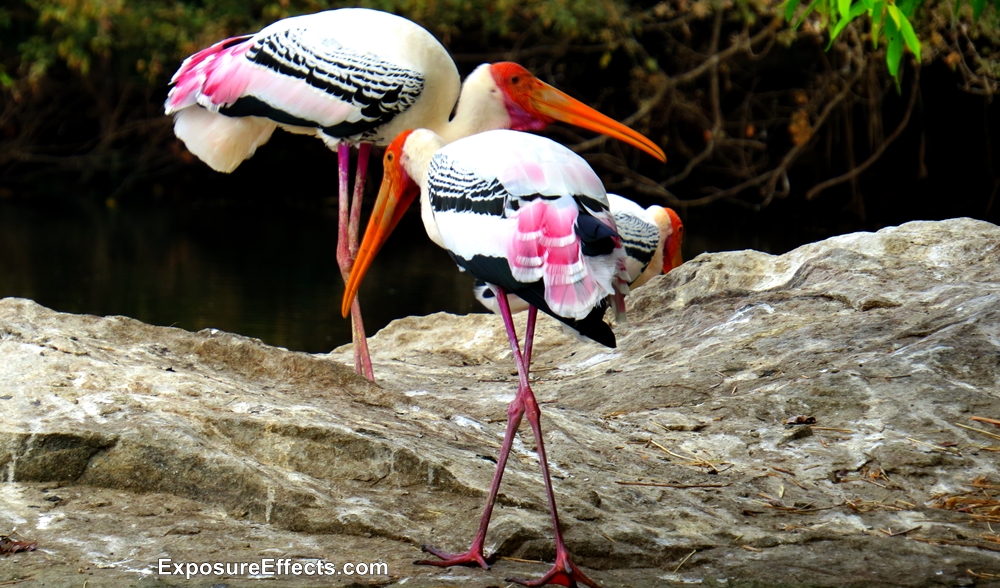 You can’t forget this bird even if you try. Its claim to fame, and a permanent place in your memory, is its long black beak shaped sort of like a paddle, the tip of which has yellow markings, the hue varying from bird to bird. Their bodies are white with characteristic yellow plumage on the head and a patch of yellow on the base of its long neck. 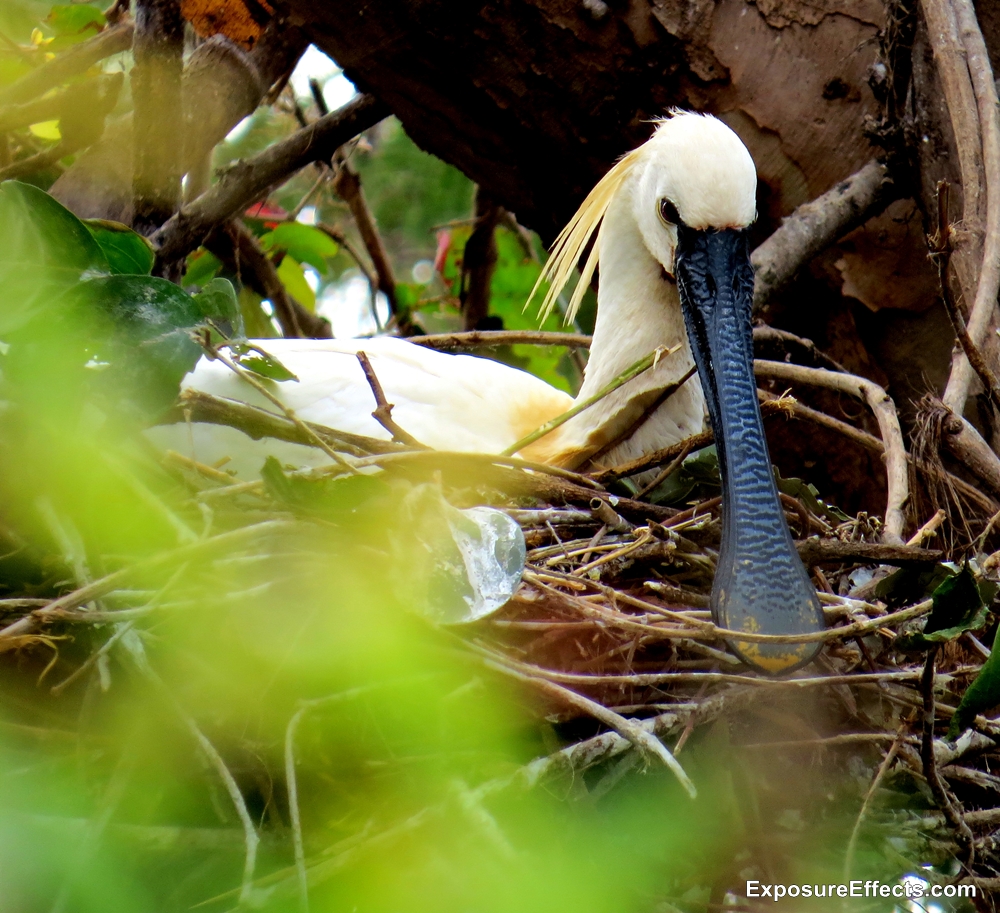 The common spoonbill doesn’t care whether the water it resides by is fresh or saline, but it needs muddy or sandy areas and plenty of surrounding vegetation before it will call the place home. Its diet is entirely carnivorous consisting of whatever small life forms it can snap up from frogs and fish to insects and worms. 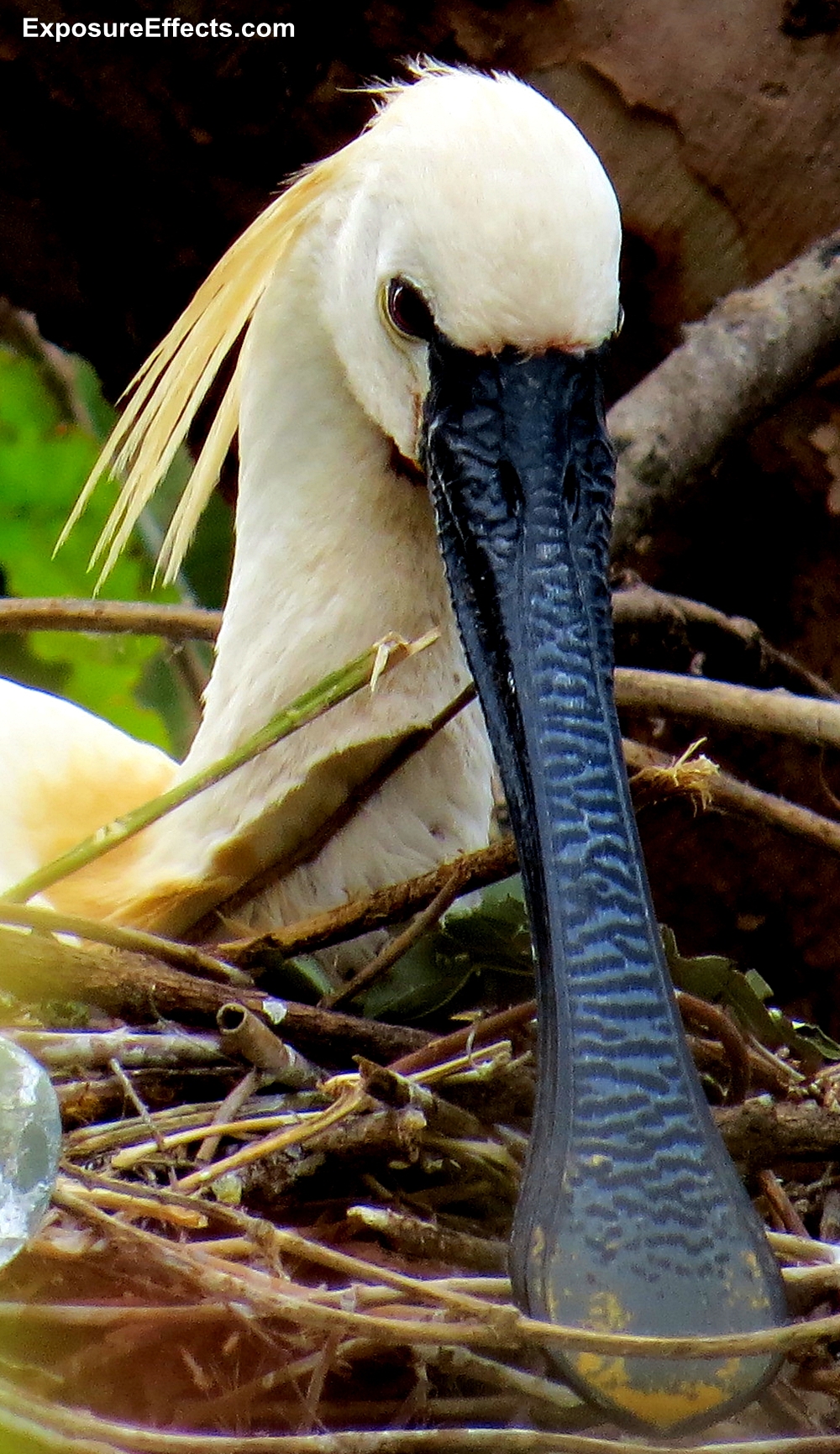 Common Spoonbill in its Nest 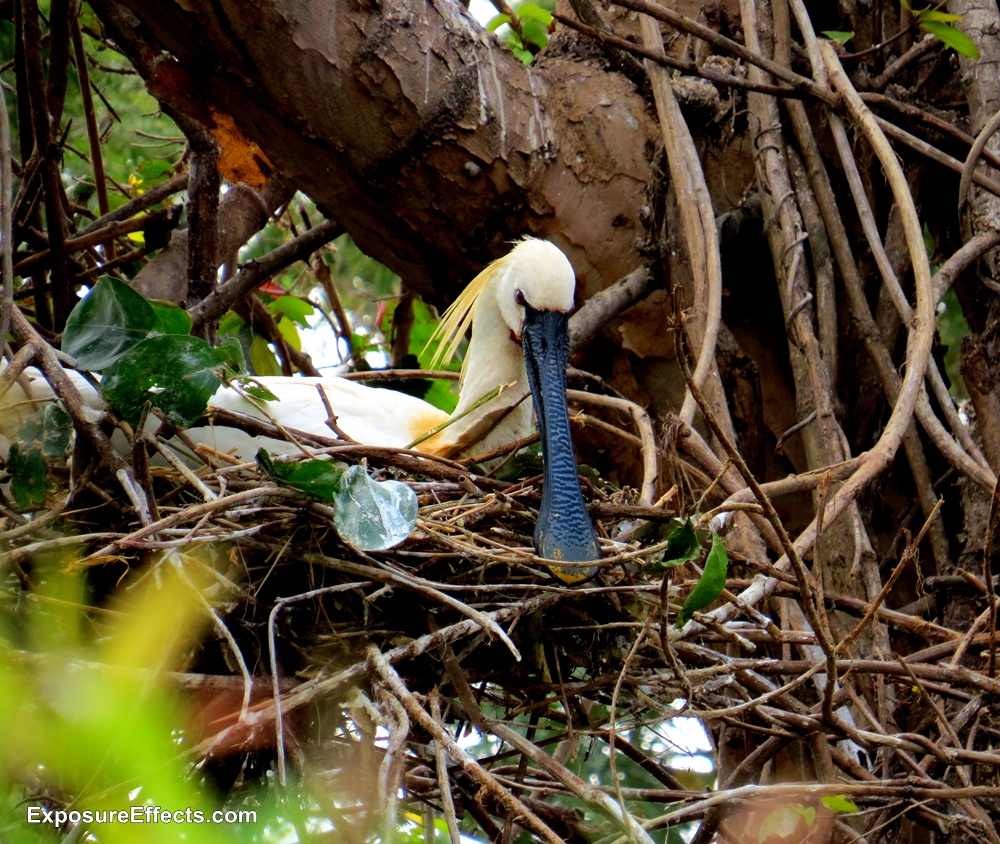 While you can catch this bird looking for food in the day time, it is actually a nocturnal creature and does its best work, socialising and eating then. It won’t let you get too close, and at the first sign of a threat it will take off. 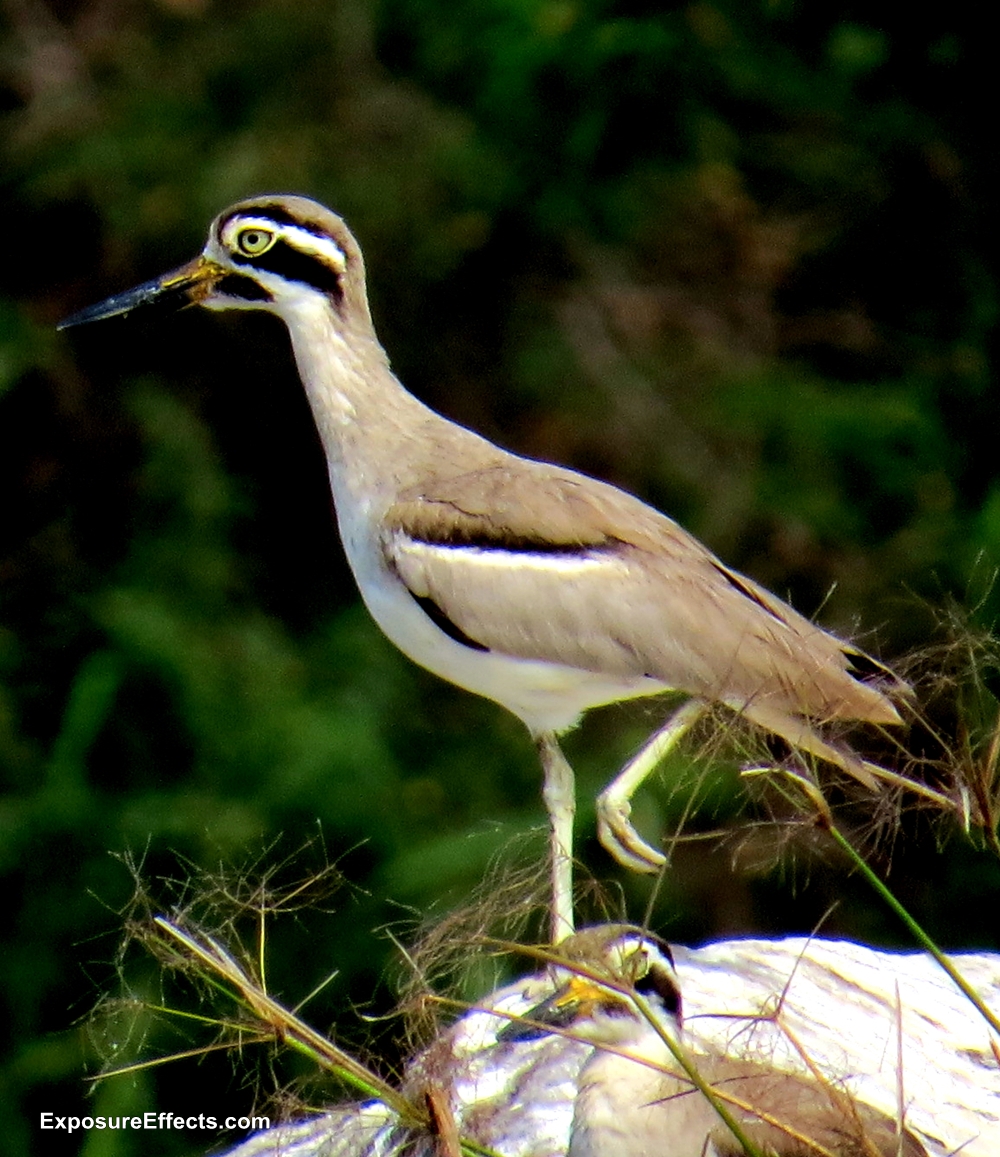 The great stone-curlew is grey overall, but the striking striped pattern on the sides of its eyes are, well, eye-catching. Its skinny legs also bring a spot of color, barely though, with their pale yellow hue. Its eyes appear yellow in some lights and green in others. And there’s a final touch of yellow on  the end of its otherwise black beak. 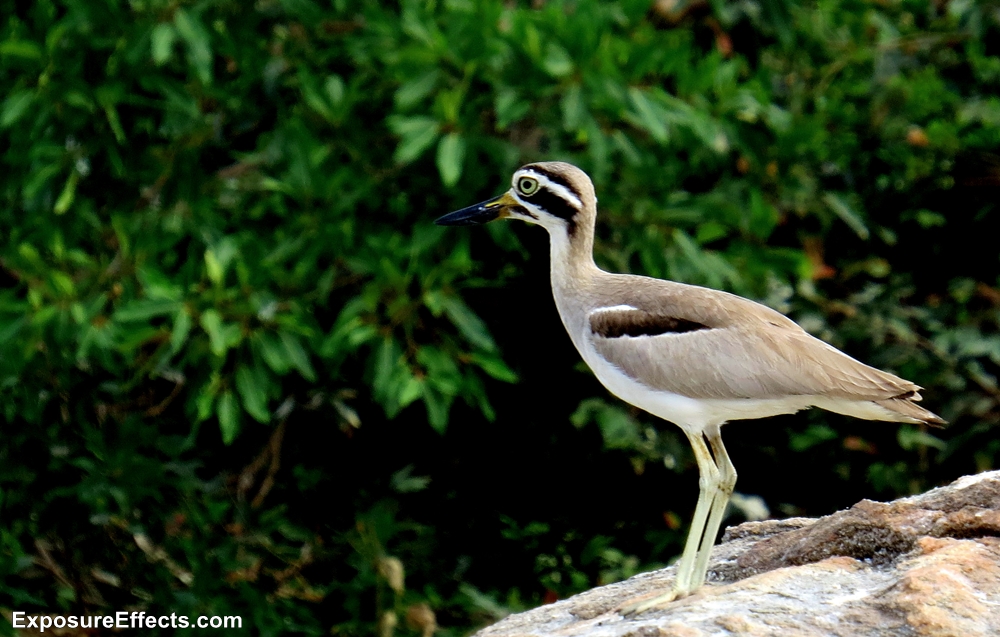 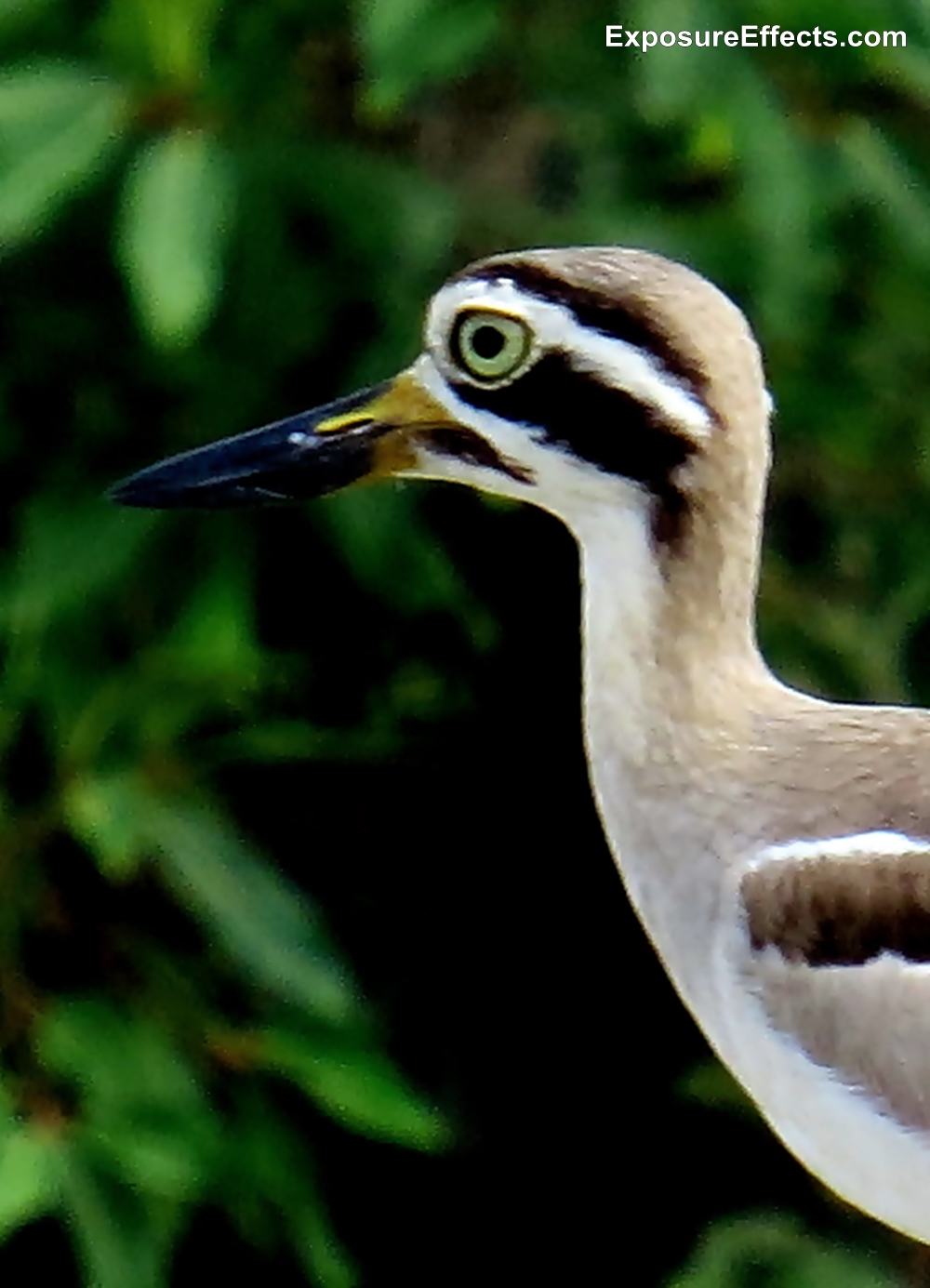 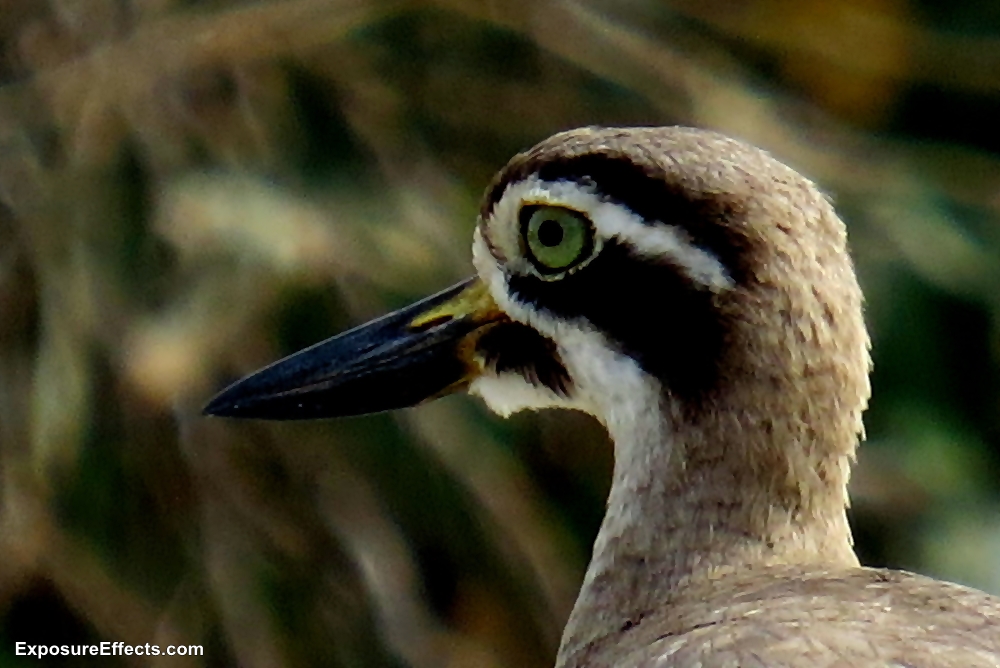 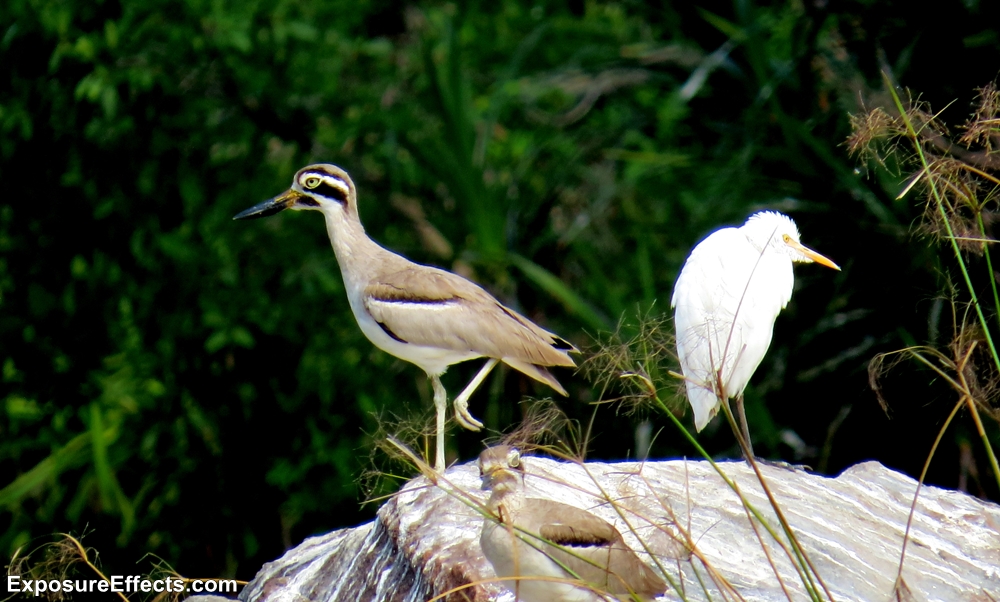 Egrets belong to the family of herons. You may have seen egrets before and thought them to be quite elegant. But the egret we spotted looked at once both serious and hilarious only because of its retracted neck. It had the characteristics of any egret – white body, black legs, yellow beak and beady yellow eyes – but its was almost human in its body language, giving the impression of a grumpy old man, hunched over, contemplating how awful everything around him is. A veritable Scrooge!

The diet of the egret is similar in part to its heron cousins – fish, insects, crustaceans and frogs. Larger egret and heron birds also include small amphibians, reptiles and rodents on their menus. 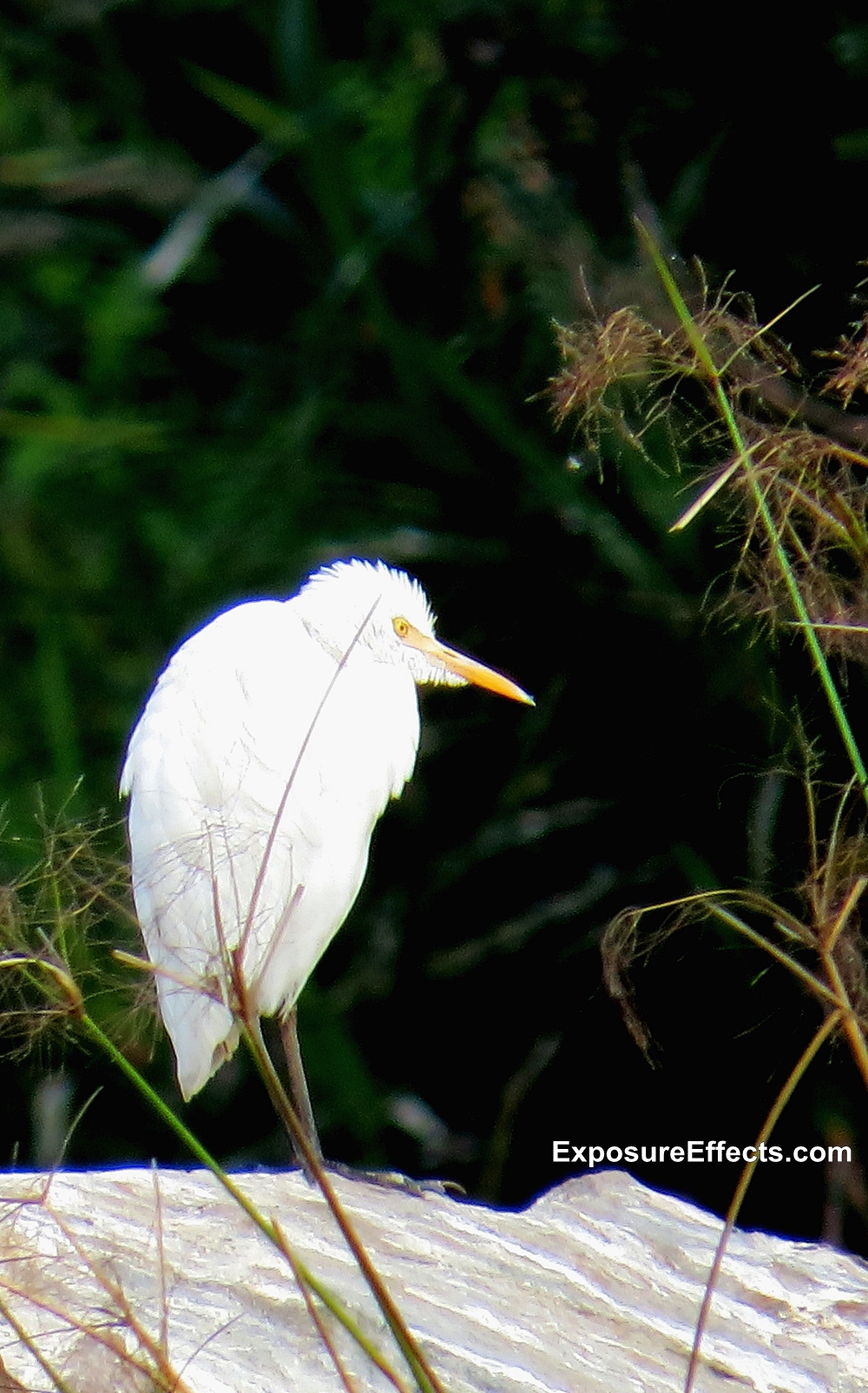 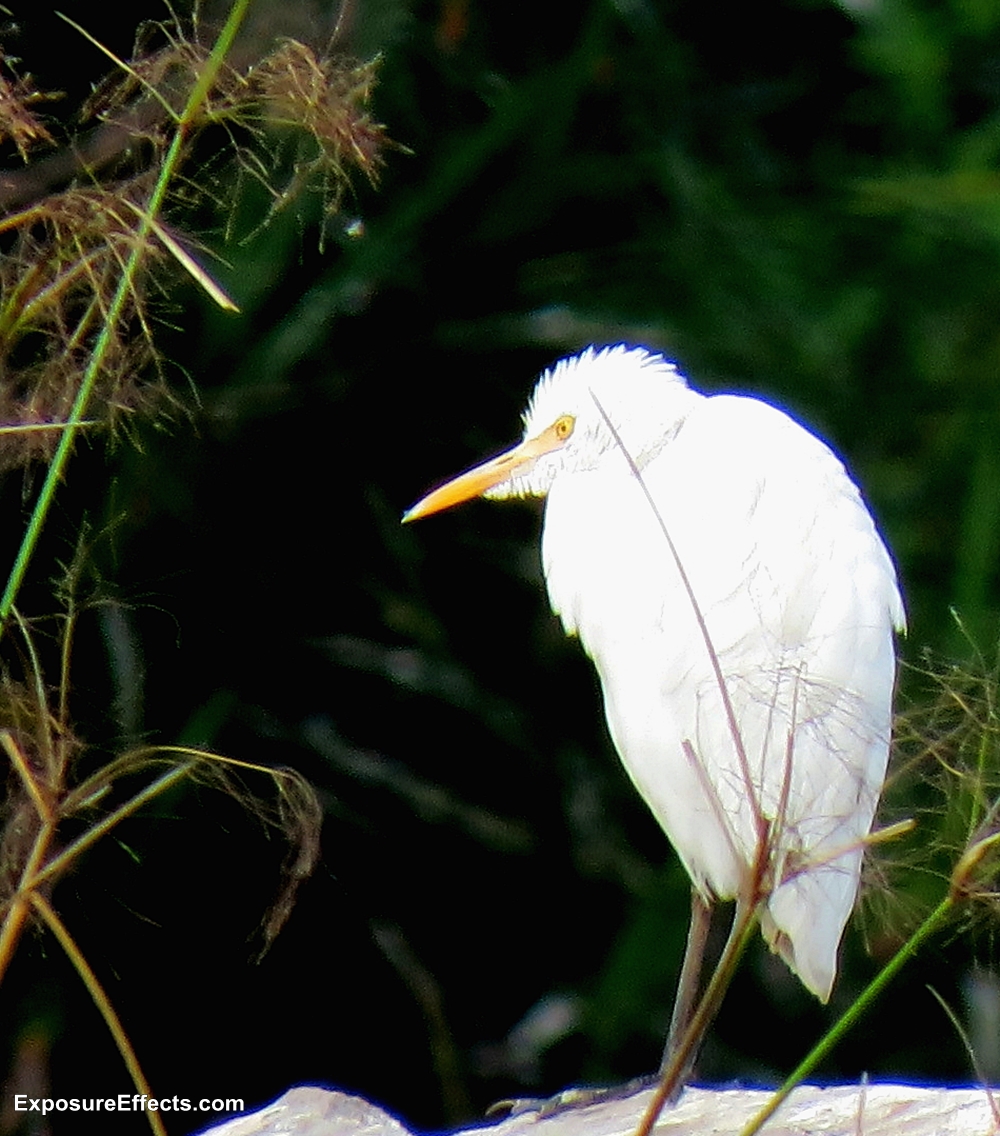 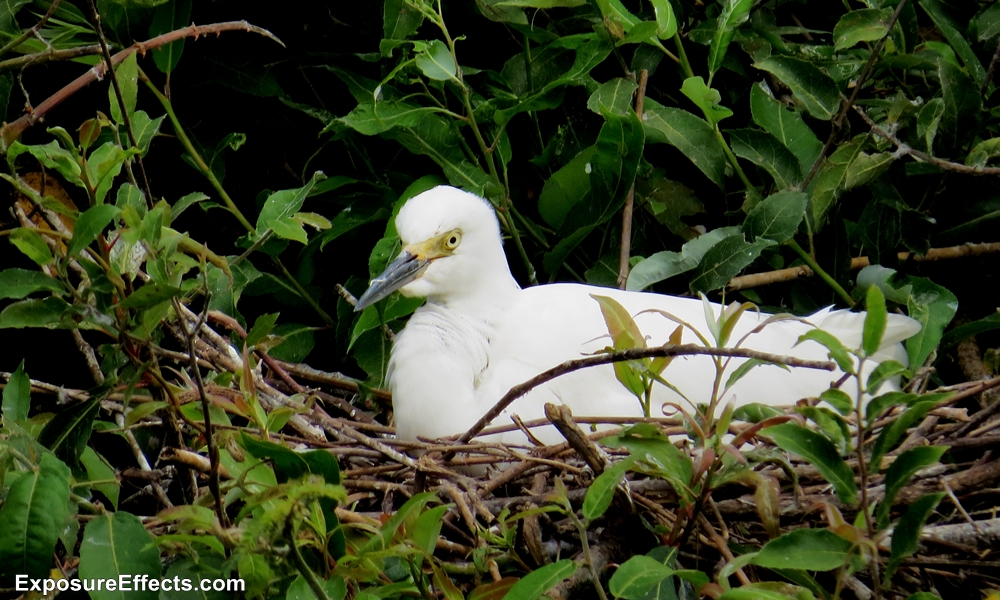 The river tern is a small bird with grey wings, a white chest, a black ‘scarf’ on the upper part of its head like the mask of Zorro,a bright yellow pointy beak and orange feet. Young river tern have a brown ‘scarf’ or ‘mask’ and their back is speckled with brown. However, there is no difference between fully-grown male and female river tern. 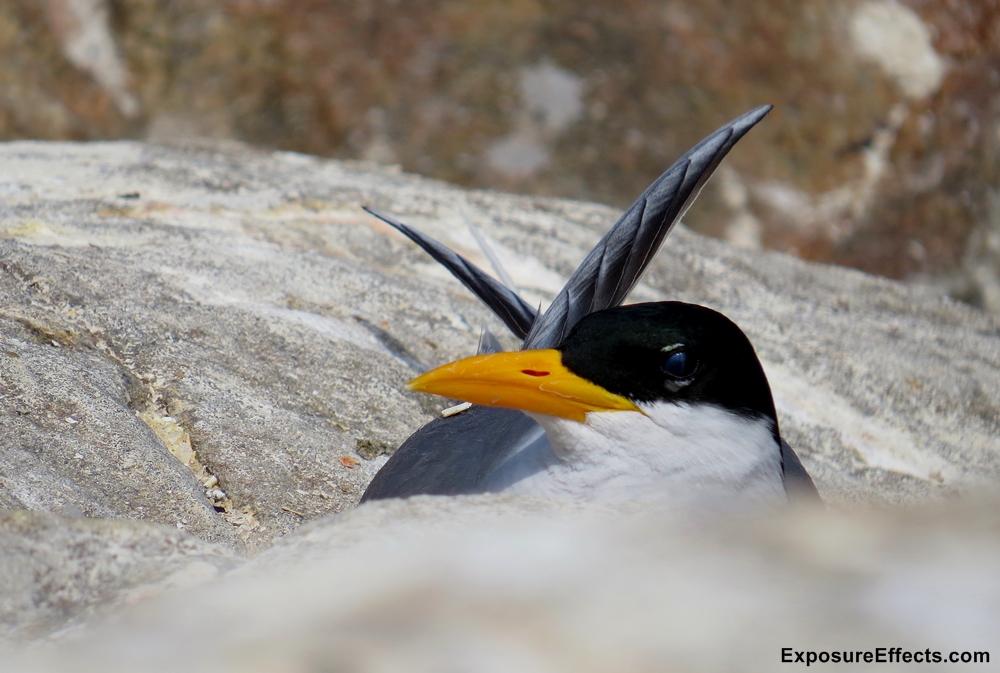 It is fond of fresh water bodies and you won’t find the river tern making its home anywhere near the sea. Water it important for river tern habitat as that is where it gets its food from, mainly small fish, tadpoles or insects. It feeds by diving into the water and swiftly capturing its prey in its beak.

It may look tiny in the pictures, but this monochrome feathered creature can grow up to more than one foot from beak to tail. 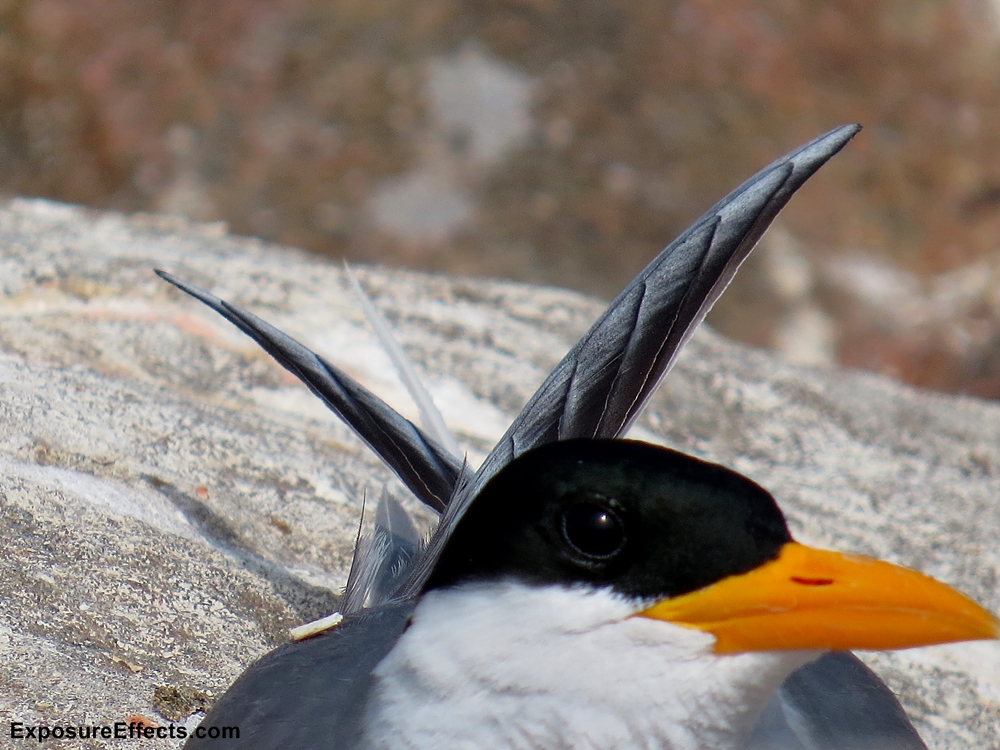 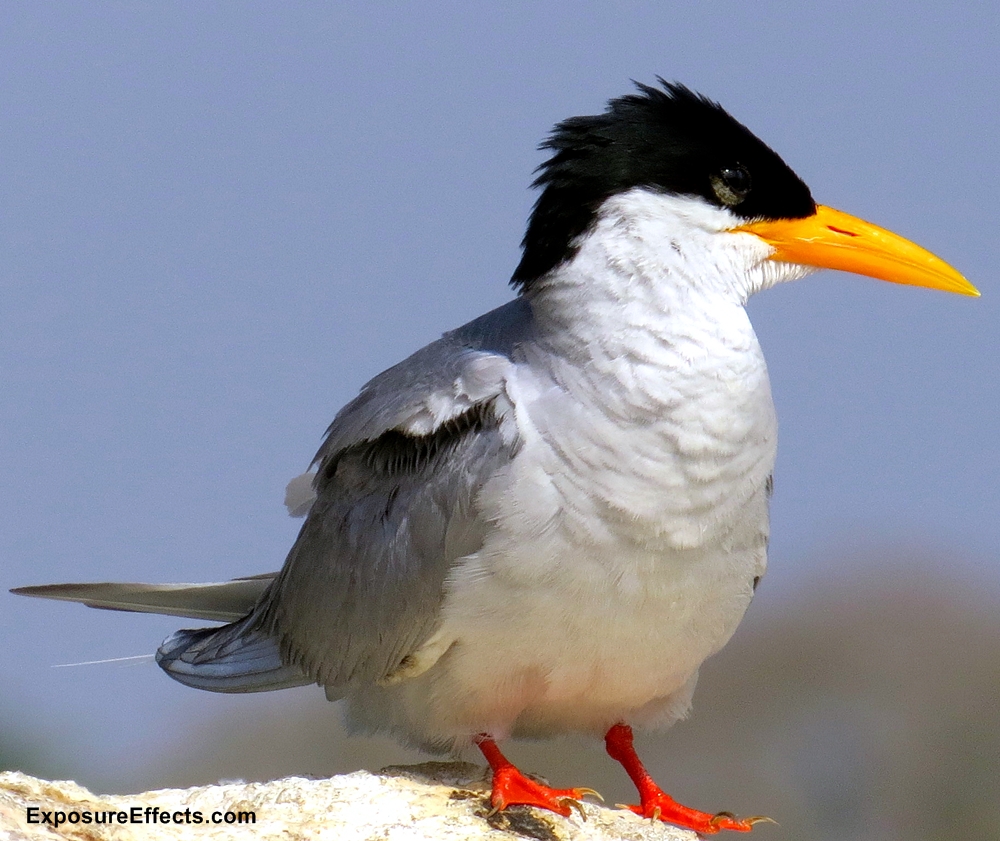 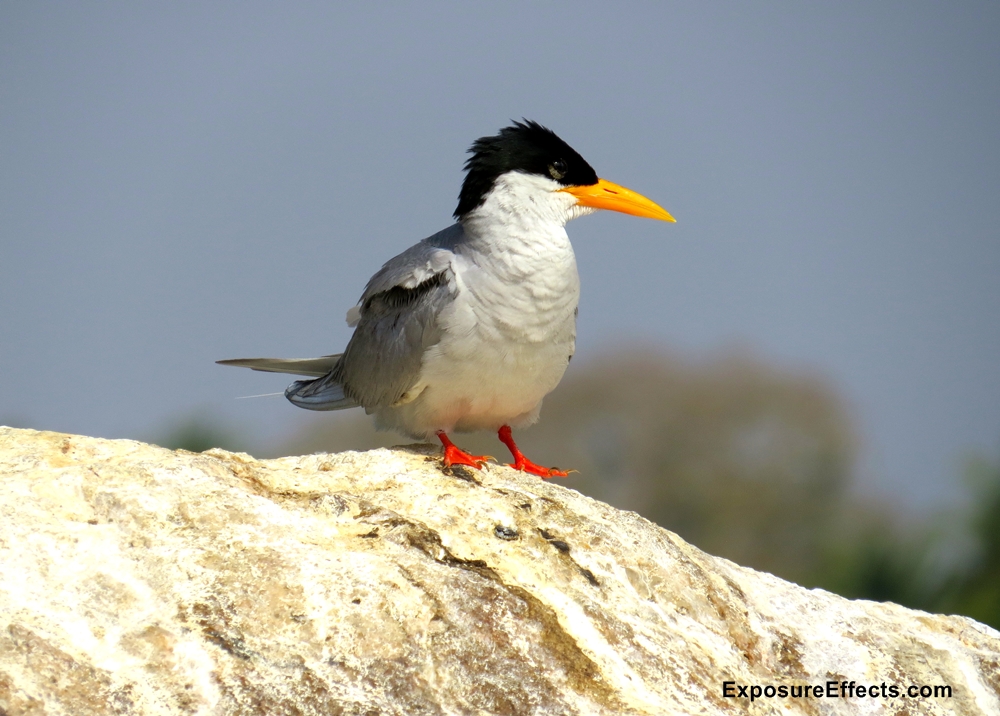 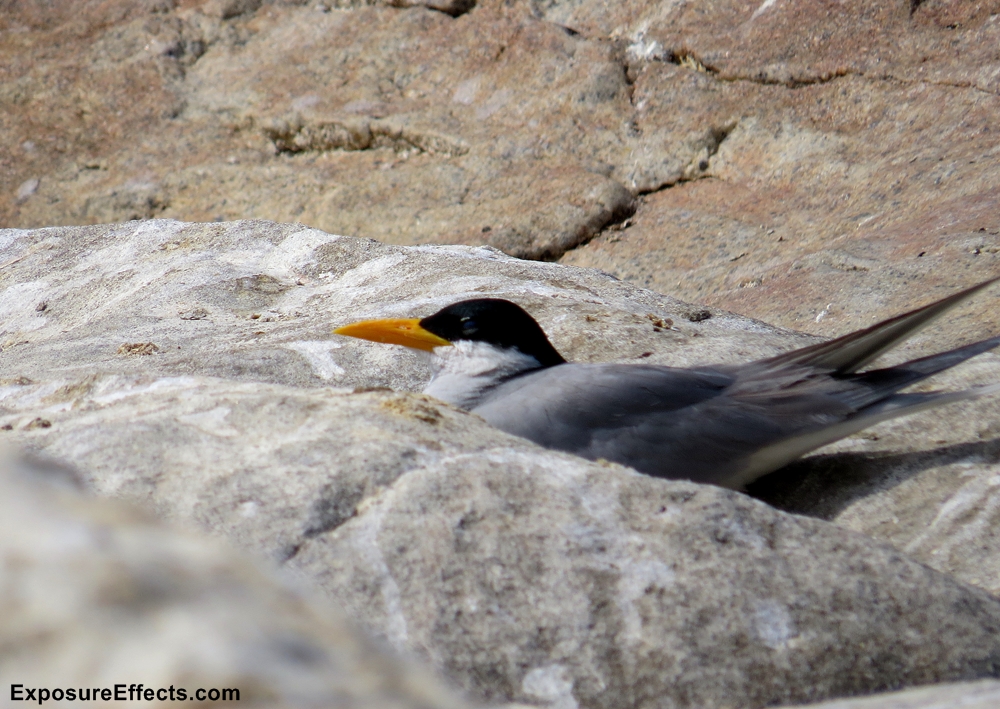 These are just a handful of the hundreds of birds that we spotted at the Ranganathittu Bird Sanctuary. Go out there and spot your own.