The Old Magazine House in Dandeli, Karnataka is a haven for bird watchers. The wooded areas around are flush with them (both birds and bird watchers) and the authorities who run the place have done whatever possible to attract even more bird life. Our trip there afforded us some unforgettable ornithological sights, the common emerald dove being one of them.

We spotted them early in the morning around makeshift bird baths fashioned out of earthen flat pots. The state bird of Tamil Nadu, the common emerald dove looks just like a common dove or pigeon with the small difference that its wings are an emerald green. That’s what gives them their common names – the green-winged pigeon or green dove.

They are quite beautiful, especially the distinctive blue-green coloring on the wings. The males are further marked with white on their heads and shoulders. The females have a similar marking only on the shoulders, but it will appear grey rather than white.

These birds feed on seeds, fruits and anything edible they can find on the ground. They are very like common pigeons, in that they spend much of their time on the ground as they hop around looking for a nibble. You won’t spot many common emerald doves roosting in trees. Like pigeons, you can approach common emerald doves while they are on the ground, especially if you happen to be carrying a bit of seed or grain with which to feed them, and they will happily eat what you give them.

The pictures you see here were taken from quite a distance. Although they would not have flown away had we gotten near (they would have just hopped to a safe distance), we wanted to capture their behaviour in their natural habitat with no human intervention. 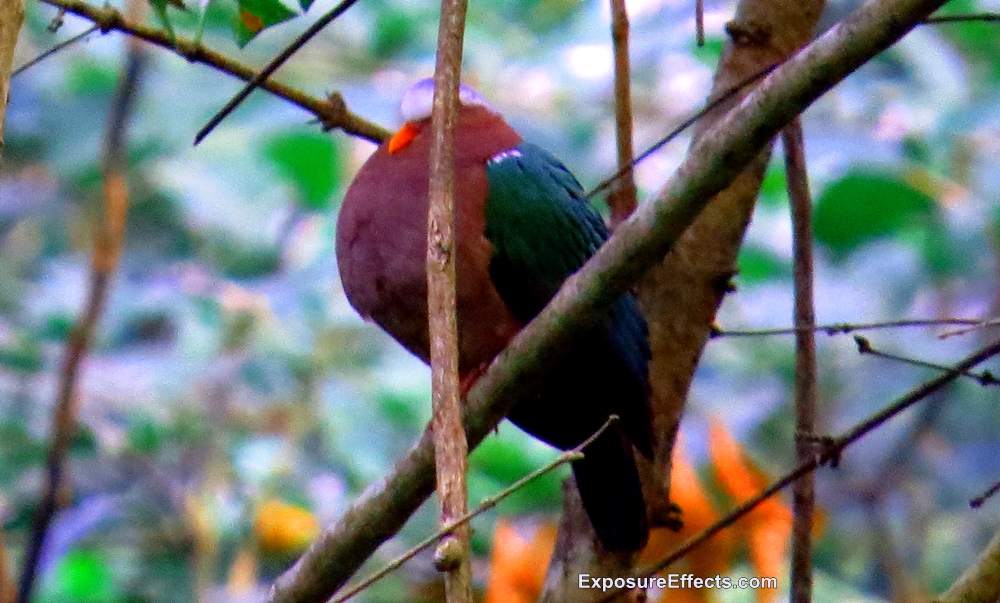 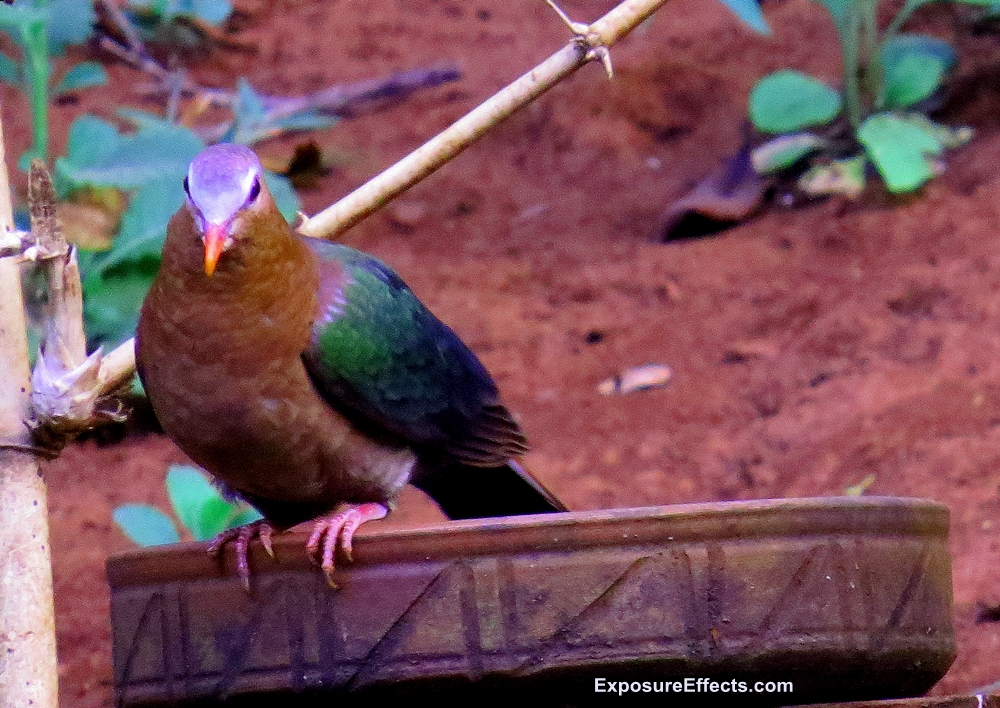 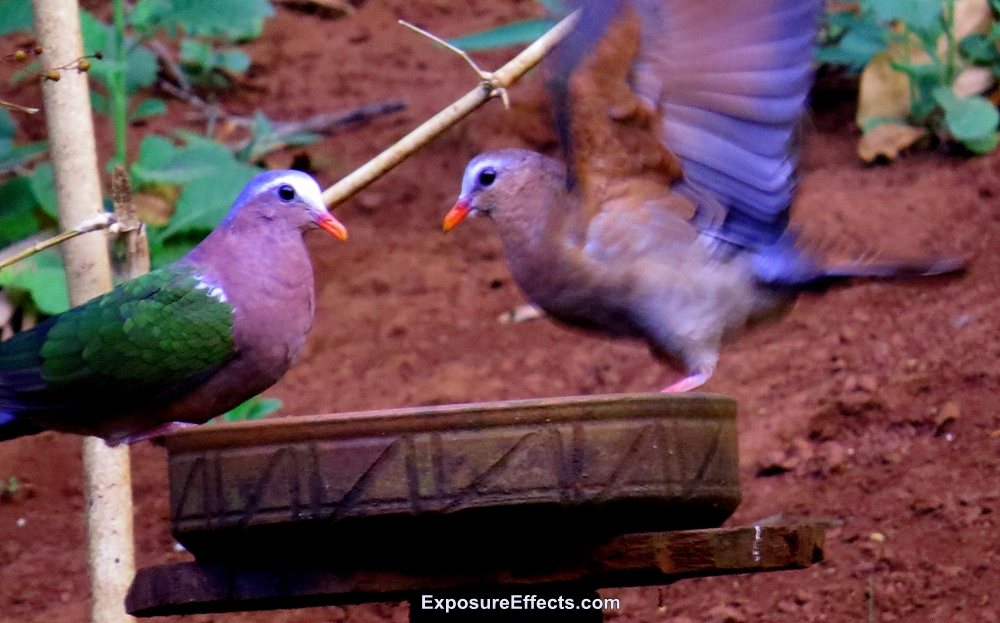 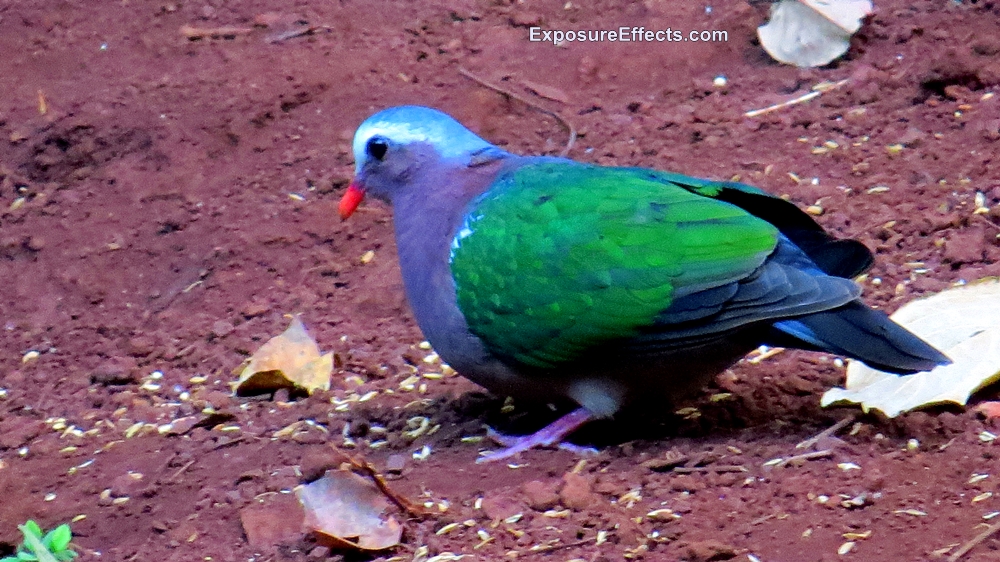 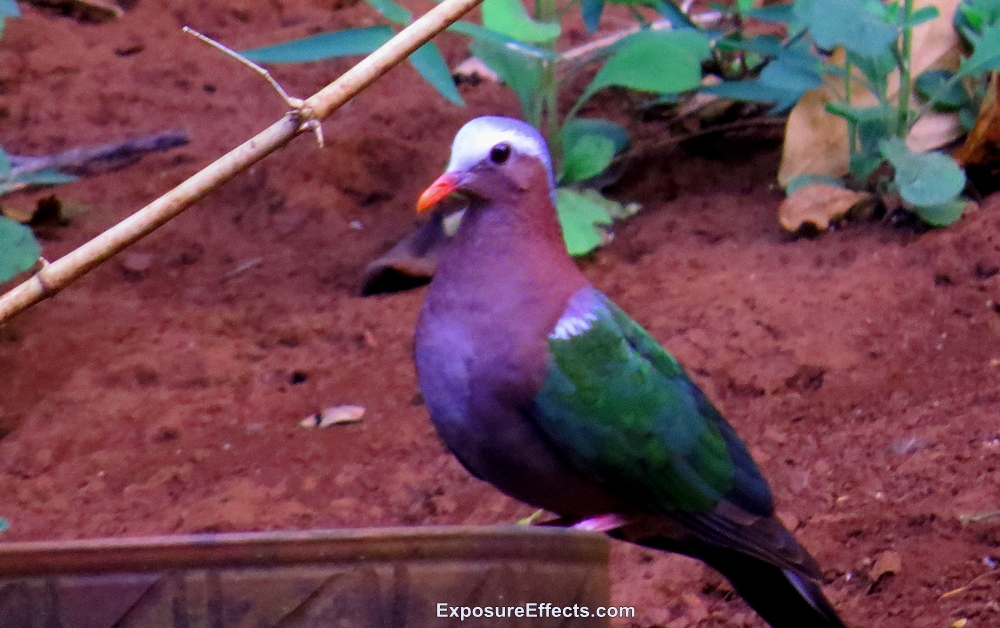 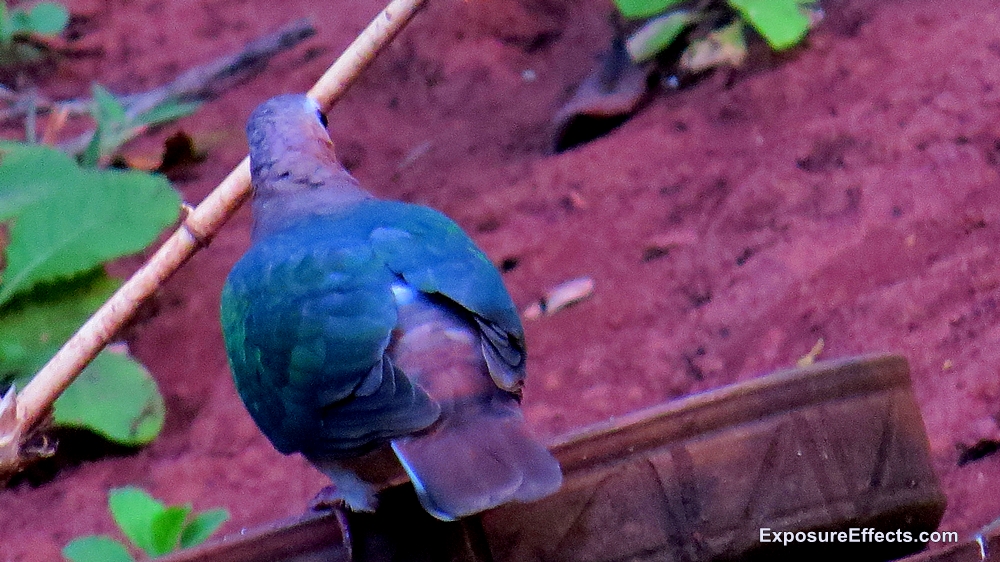 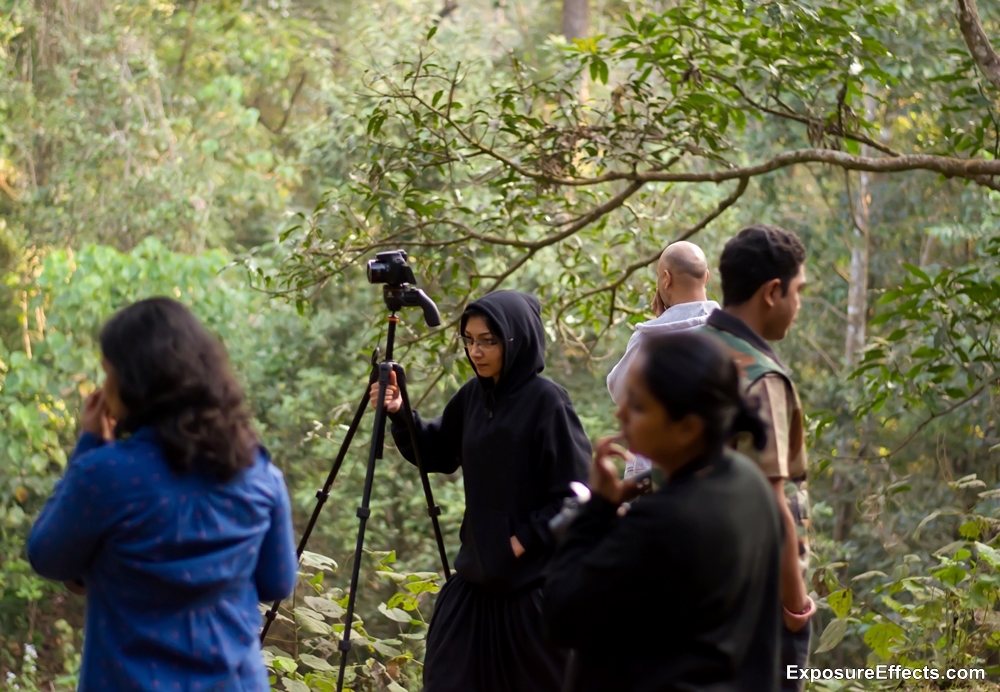 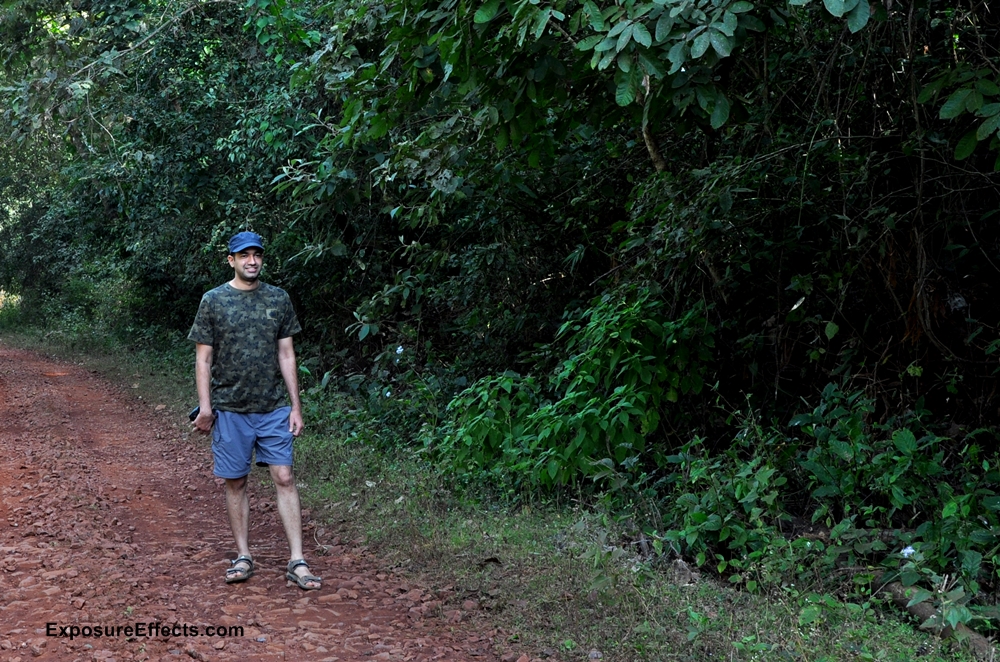 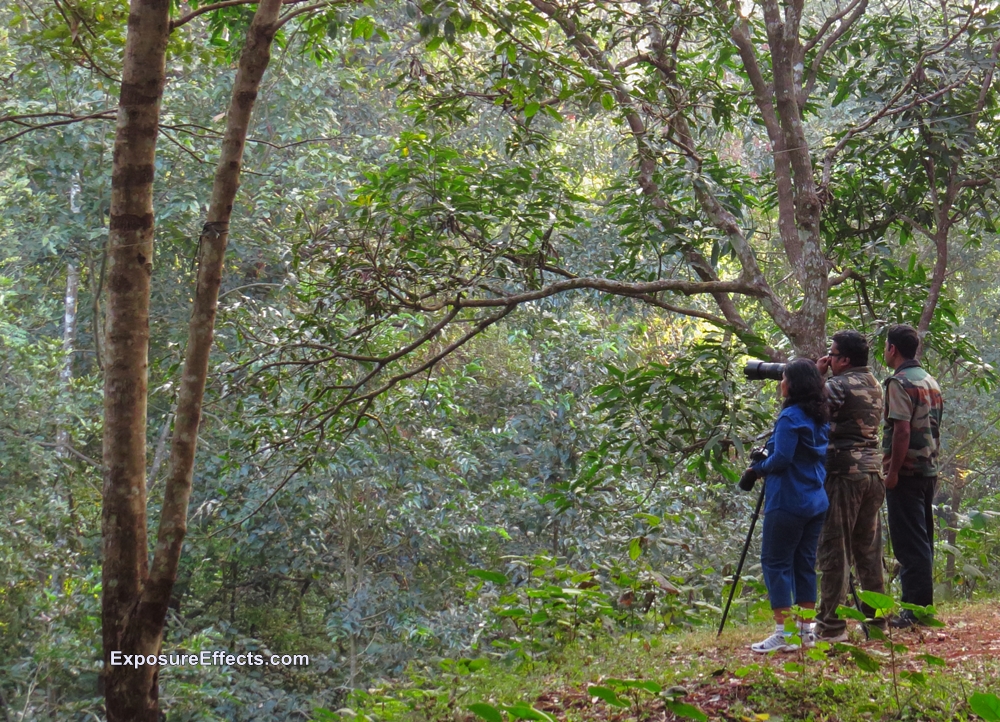