You are here: Home / Archives for Hampi Tourism 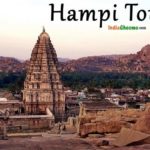 Hampi is a UNESCO World Heritage Site situated along the Tungabhadra river in Karnataka's Bellary district. Hampi in the 14th Century, was declared as the capital of the glorious Vijayanagar empire and was the largest & richest cities in the World. Hampi Tourism Virupaksha Temple   The Vijayanagar kings created a number of beautiful huge temples which were … END_OF_DOCUMENT_TOKEN_TO_BE_REPLACED 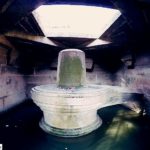 Hampi in Karnataka's Bellary district, is a UNESCO World Heritage Site. It was the capital of the erstwhile Vijayanagar Dynasty  which later got demolished by the Mughal invaders.  Hampi Sacred Centre MAIN ATTRACTIONS Arid Landscape & Rich History - The surreal boulder laden landscape of Hampi dotted with patches of coconut and paddy fields attracts tourist from … END_OF_DOCUMENT_TOKEN_TO_BE_REPLACED 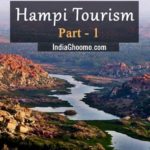 Surreal & mesmerizing are the two words that best describe Hampi. Once that was the largest & richest cities in the World -The ruins of Hampi, as it's known today, is a huge open museum of architecture, history and religion on display. Recognized as a UNESCO World Heritage Site - Hampi is a village and temple town in northern Karnataka. Due to the excellent Location- … END_OF_DOCUMENT_TOKEN_TO_BE_REPLACED 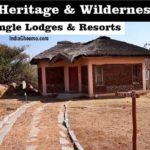 Namastey from team India Ghoomo, During our recent 4 days trip to this Hampi, we decided to spend the last 2 days at Hampi Heritage & Wilderness Resort earlier known as the Sloth Bear Resort. This video aims to give you an overview of the property, hospitality offered by the staff and our experience over there. Located at the edge of the Daroji Sloth Bear Sanctuary , Hampi … END_OF_DOCUMENT_TOKEN_TO_BE_REPLACED 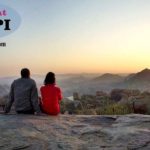 Situated on the banks of the Tungabhadra River in Northern Kartanaka, India has a world heritage site called HAMPI - Once being the richest and largest cities in the world, today stands out for its sheer splendor in the ruins. Surrounded by Tungabhadra river on one side and hills on the other three, climbing to the top of any of them gives you a spectacular aerial view of the … END_OF_DOCUMENT_TOKEN_TO_BE_REPLACED 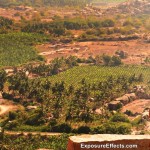